While enjoying a meal with her daughter, photographer Brittany Calden spotted a touching moment between a Chick-fil-A worker and a customer.

On July 5th, Calden was at a Chick-fil-A in Madison, WI when she saw Stephen Spray, a long-time employee, interacting with a customer. “Mr. Steve” then put his hand on the woman’s shoulders and began to pray for her.

Calden quickly snapped a photo of the two which she later shared on Facebook. “As a photographer, it was instinctual for me to document this moment,” Calden told FOX 5. “I find myself always searching for things that move me, and this was one of those instances.”

Calden said the moment brought her to tears. Spray had been wiping down tables during a busy shift, but still took the time to pray for the woman.

“Mr. Steve never fails to walk up to your table and ask how your day is going and always tried to make your day better than it was before you saw him,” Calden said.

An employee of the company for over nine years, Spray said the “Spirit led him to pray for her” despite not knowing who she was.

“I work at a place where if I’m led to pray for someone, I’m able to do that and I’ll do it right on the spot. People need prayer, encouragement, and love. That’s what we try to do here,” Spray continued.

Calden said that Spray is a true representation of Christ, and we think so too. 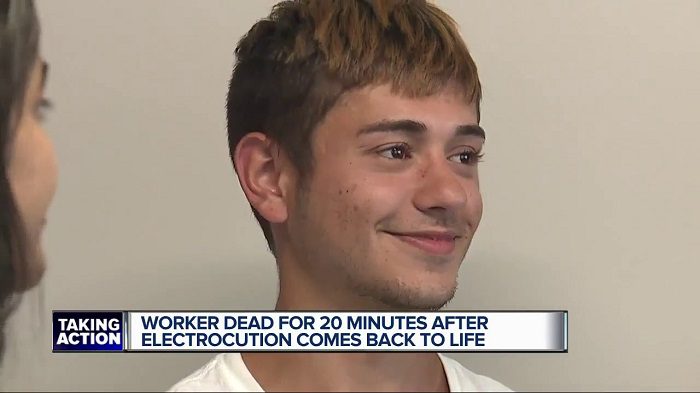