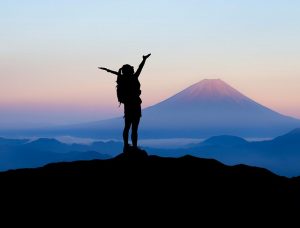 Have you ever felt a sense of oneness with the universe? Where you felt connected with others and something greater than yourself? This type of experience is called “oneness”.

Oneness is the idea that all people and parts of the world and universe are connected in some way. Despite if you are religious or not, believing in oneness leads to greater life satisfaction, a new study suggests.

“The feeling of being at one with a divine principle, life, the world, other people or even activities has been discussed in various religious traditions but also in a wide variety of scientific research from different disciplines,” said Laura Marie Edinger-Schons, PhD, of the University of Mannheim and author of the study.

The study, published in Psychology of Religion and Spirituality, discovered a positive link between beliefs in “oneness” and greater happiness and life satisfaction. In the study, researchers surveyed over 75,000 people. Participants were then asked to take several other tests measuring concepts often related to “oneness,” such as “social connectedness,” “connectedness to nature,” and “empathy,” as well as overall “life satisfaction.”

“The results of this study reveal a significant positive effect of oneness beliefs on life satisfaction, even controlling for religious beliefs.”

In a second part of the study, involving more than 67,000 people, the authors looked at whether oneness beliefs could explain individuals’ life satisfaction over and above the effect of religion.

“I did not find it surprising that atheists have the lowest levels of oneness beliefs in the sample, but what surprised me was that oneness beliefs were actually very different across various religious affiliations, with Muslims having the highest levels,” she said.

“Also, when oneness beliefs were taken into account, many of the positive effects of religious affiliation on life satisfaction disappeared.”

Edinger-Schons said continued, saying that “Many people today practice yoga, meditation, action sports and other activities that aim at achieving a state of oneness or flow. Strengthening the more general belief in the oneness of everything has the potential to enhance peoples’ lives and might even be more effective than traditional religious beliefs and practices at improving life satisfaction.” 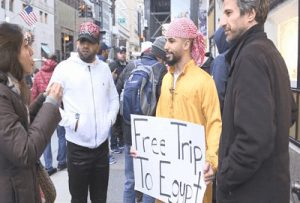