This past Sunday, 17-year-old Braxton Moral graduated from high school in Ulysses, Kansas. At the end of this month, he’s also graduating from Harvard.

Moral’s parents enrolled him at the world-renowned institution when he was just 11, he told CNN.

“My parents noticed I was bored in school and needed something to inspire growth, so they ended up finding the Extension School,” he said.

The extension program allows students without certain prerequisites to enroll as long as they can prove they’re able to perform at a high level. When his son showed that he could do the work, the university admitted him right before his 13th birthday.

“He loves to learn, that’s what makes him tick, and he also wants to make a difference for other kids,” Braxton’s father said.

Ulysses High School was also very accommodating, and allowed Braxton three hours a day to work on his Harvard degree.

He took some courses online and others during the summer on campus in Cambridge, Massachusetts. His first class at Harvard was JavaScript programming class. His favorite courses included Chinese language and mythology class.

“I thought it really broadened my horizons. It helped me understand new things and what I want to do [in life],” said the teen, who will receive his undergraduate degree from Harvard Extension School on May 30.

“I’m relieved to have a little bit of a head start,” he continued.

“Braxton graduating from both Harvard and Ulysses High School in the same year speaks of Braxton’s intellectual abilities as well as his love for the educational process,” Paul said. “Where some students would look for the easier route, Braxton looks for the intellectual challenge.”

Jarumi Crooks, a pre-admissions counselor, helped Braxton get started in the program. Harvard administrators later had to change the school’s rules to allow Braxton to graduate, because there was a previous requirement for age and a high school diploma.

“I think he realizes that he’s very lucky he’s gotten the education that he’s gotten and that he’s also lucky that he’s the only one to have been able to do it, but he also thinks that it’s a responsibility of his to make sure that other kids across the country understand how he did it and that maybe they can have a chance,” Carlos said. “He wants to bring other kids along with him.”

Braxton has a passion for the law, politics and government, and he aims to go to law school next.

“He wants to be president,” his father said. 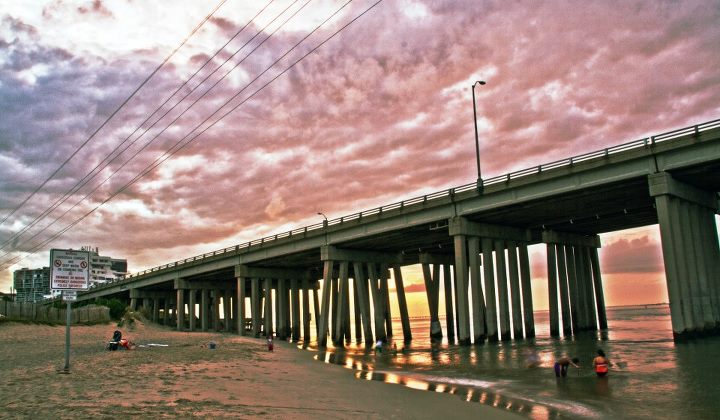 ‘God Put Me There’: Wrestler Heroically Saves Man From Jumping Off Bridge
archives most recent
More from Beliefnet and our partners
previous posts

A group of Cuban pastors have found a way to share God’s Word during the Coronavirus by printing Bible verses on the front of sanitary masks, World Help reports. Christians in Cuba are wearing this mask and are now able to share the message of God’s love through this creative effort while also saving lives. […]