Oscar-nominated writer and director John Singleton has died at the age of 51. The Singleton family told Fox News on Monday that he had “passed away peacefully, surrounded by his family and friends.”

“We want to thank the amazing doctors at Cedars-Sinai Hospital for their expert care and kindness and we again want thank all of John’s fans, friends and colleagues for all of the love and support they showed him during this difficult time,” the statement continued.

Singleton had been in a coma following a stroke 12 days earlier. Singleton’s family announced that it had made the “agonizing decision” to remove Singleton from life support.

Singleton received Oscar nominations in 1992 for Best Original Screenplay and Best Director for “Boyz N the Hood,” which he wrote, directed and produced in his early 20s, just out of the University of Southern California’s School of Cinematic Arts. Singleton became the youngest person and first African-American to be nominated for the Academy Award for Best Director.

Singleton’s films sparked a pathway for others in Hollywood. Many actors, directors, and other talent took to social media to express their sorrow for his passing.

RIP John Singleton. So sad to hear. John was a brave artist and a true inspiration. His vision changed everything.

Samuel L. Jackson took to Twitter to pay his respects. Jackson starred in Singleton’s 2000 remake of the blaxploitation film “Shaft”.

Mourning the loss of a collaborator & True Friend John Singleton. He blazed the trail for many young film makers, always remaining true to who he was & where he came from!!! RIP Brother. Gone Way Too Soon!

Ice Cube, who was discovered by Singleton, shared his sorrow. The role in “Boyz N the Hood” helped open the doors to what has since become a prolific on-screen career for Cube.

I was discovered by a master filmmaker by the name of John Singleton. He not only made me a movie star but made me a filmmaker. There are no words to express how sad I am to lose my brother, friend & mentor. He loved bring the black experience to the world. ..Us at Cannes ‘90 pic.twitter.com/CaRKjZtjgB

Shonda Rhimes remembered a time where Singleton, who didn’t know her, called to give her encouragement and inspiration.

There was a time when I was struggling to pay my bills in film school and not sure this town was for me. And one day, not long after Boyz N The Hood exploded on the scene, my phone rang. It was John Singleton. John did not know me at all. But someone … https://t.co/GWpxRuuDVi pic.twitter.com/RfN3Giewm3

Sad to hear that John Singleton has passed away. He directed films like “Boyz N the Hood,” “Poetic Justice” and “Higher Learning” that challenged racism, sexism and homophobia and inspired a generation of filmmakers. May he rest in power. #RIPJohnSingleton https://t.co/JkIPlDvzoi 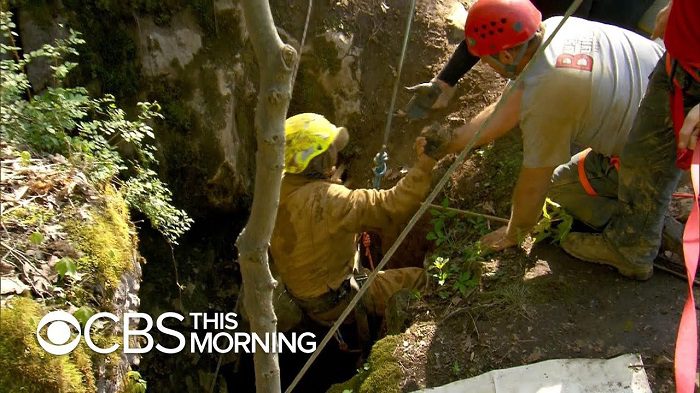 ‘The Lord Watched Over Us’: Man Rescued From Virginia Cave Gives All Glory to God
archives most recent
More from Beliefnet and our partners
previous posts