Most Inspirational Events of 2018

When it comes to what appears in most media, the bad news dominates. Scandals and disasters sell, so most news media focuses on the unhappy and depressing. The worse the catastrophe, the better. This can give people the impression that nothing good ever happens in the world, but that is not true. Despite the impression that the news may have given, 2018 was actually filled with stories of courage and heroism. Here are some of the most inspirational events that took place in 2018.

Miracle in a Thailand Cave

The entire world watched as a miracle unfolded in Thailand. Twelve boys and their coach were trapped in a cave for more than two weeks when the monsoon rains unexpectedly flooded the cave system. The boys were trapped for nine days without food, water, light or any hope of rescue. Despite that, their coach kept them calm through meditation and alive by showing them how to collect the clean water dripping from the stalactites. Meanwhile, Thailand Navy SEALs made a series of blind dives into the flooded tunnels despite visibility so poor that they could only see a few inches in front of them. Over a thousand people from at least seven countries joined in the search, but finding the boys turned out to be the easy part. Rescuers had three options when it came to rescuing the trapped team. They could drill a hole in through the top of the mountain, wait for the waters to recede after the monsoon or use divers to swim them through the frigid and filthy floodwaters. The first was all but impossible, and the second would leave the team trapped for months in the dark with falling oxygen levels. The last option was the best chance of saving the team, but it would be extremely dangerous even for expert divers, much less boys that could not even swim. Despite that, all thirteen members of the team were successfully rescued, though Lieutenant Commander Samarn Kunan, one of the SEAL divers, lost his life during the rescue. In response, the boys were ordained as novice monks in order to pay their respects and accumulate merit for Kunan’s soul. Such an action is considered the greatest honor one person can give another in Theravada Buddhism. Lieutenant Commander Kunan, and all the divers, certainly earned it with their heroism.

Hope Amongst the Ashes

California saw its most lethal wildfires in history in 2018, but there were dozens of heroes to be found among the flames. From firefighters and first responders to the everyday men and women who went above and beyond for their friends, neighbors and complete strangers, there seemed to be almost as many tales of heroics as there were destruction. Brad Brown, a hospital chaplain, assisted in the evacuation of his hospital, and when they ran out of ambulances, loaded three patients into his minivan. As they were surrounded by fire, he told the story of Daniel who survived being shoved into the furnaces. They dodged the flames for some time but were eventually cut off by a wall of fire. The patients desperately needed care, two of them were from the intensive care unit, so Brown pushed the gas pedal to the floor and drove straight through the fire to safety. Similarly, Tamara Ferguson, a labor and delivery nurse, and her colleagues evacuated their patients and kept them calm. When their evacuation spot was surrounded by fire, the hospital staff fought the flames themselves until help arrived.

A Waffle House near Nashville was almost the site of a horrible mass shooting when a man entered the building with an AR-15 and opened fire. James Shaw, Jr. was one of the patrons at the restaurant that morning. When the gunman briefly paused in his assault, Shaw charged the shooter bare handed. Shaw managed to wrestle the rifle away from the gunman despite suffering a bullet-graze and burns.

On April 17, an engine on a Southwest Airlines plane exploded in midair. The lives of the crew and all 143 passengers abruptly stranded at 32,000 feet were left in the hands of Tammie Jo Shults. Fragments from the damaged engine shattered a passenger window, killing Jennifer Riordan and depressurizing the cabin. Shults, however, remained calm and guided the Boeing 737 safely to the ground. Shults was hailed as a hero, but she humbly declared that it was the passengers and crew who were the true heroes.

There are likely no two nations quite as simultaneously similar and different as North and South Korea. They share the same language, history and some elements of culture. South Korea, however, is a free and prosperous nation while the totalitarian North Korea is hell on Earth for those living there, complete with frightening and creative tortures. Despite that, the Korean peninsula came together for the first time in decades during the 2018 Winter Olympics. North and South Korean athletes marched together during the opening ceremonies and shared a single flag.

“I Can Only Imagine” was not the only unexpected success to appear in 2018, either. “Sgt. Stubby” told the tale of the first modern War Dog and his role in World War I, a period of time that rarely gets its due on the silver screen. Meanwhile, “Black Panther” was expected to be the latest blockbuster to come out of Marvel Studios and did not disappoint.

Even though the media may have focused largely on the disasters and disappointments of 2018, the year was filled with people who stood up for what was right and went above and beyond the call of duty. There were tales of courage, stories of justice and a number of people who truly earned the title of hero. 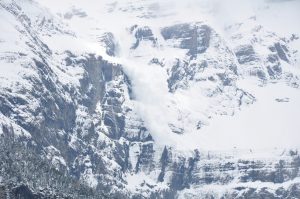 British Skier "Dies" For 20 Minutes in Avalanche, Says She "Saw the Afterlife"
archives most recent
More from Beliefnet and our partners
previous posts