U.S. Department of Housing and Urban Development Secretary Ben Carson has become one of America’s most well-known neurosurgeons, saving the lives of children with complicated and lethal medical situations. He has paved the way for groundbreaking discoveries in the field, because he took on procedures that no one else had ever successfully perform.

In a recent episode of PureFlix.com’s “Pure Talk,” Carson shared how he brought God with him into his career, and the miracles He performed surprised Carson early on.

“I discovered early on in my neurosurgeon career that God was a neurosurgeon,” Carson said.

Carson continued on to explain a miraculous case surrounding a tiny boy who had been told he had an inoperable brain stem tumor. Carson said that the child’s parents had “great faith” that God had brought them to Johns Hopkins Children’s Center in Baltimore for a cure, but Carson had little confidence he could help.

Carson ended up operating on the young boy anyways, removing what he could of the tumor but ultimately being unsuccessful. He explained to the parents that he was unable to remove the entire mass. The parents still had hope.

“I said, ‘I’ve never seen people with that kind of faith,’ fully expecting [the boy] to deteriorate and die,” Carson said.

To Carson’s surprise, he was able to completely remove the tumor and save the boys life.

The miraculous healing was so shocking that an oncologist who didn’t believe much in faith later approached Carson with a stunning admission.

“[The oncologist] said, ‘I’ve never been a believer, but I am now,'” Carson said.

The entire experience really changed Carson’s view of his profession, and believes it was a lesson from God. Carson had achieved so much success at a young age, that the experience was humbling and reminded him that God was the reason he had achieved his goals, not himself.

“I said, ‘Lord, from now on you be the neurosurgeon and I’ll be the hands,'” Carson said.

Watch the full interview below. 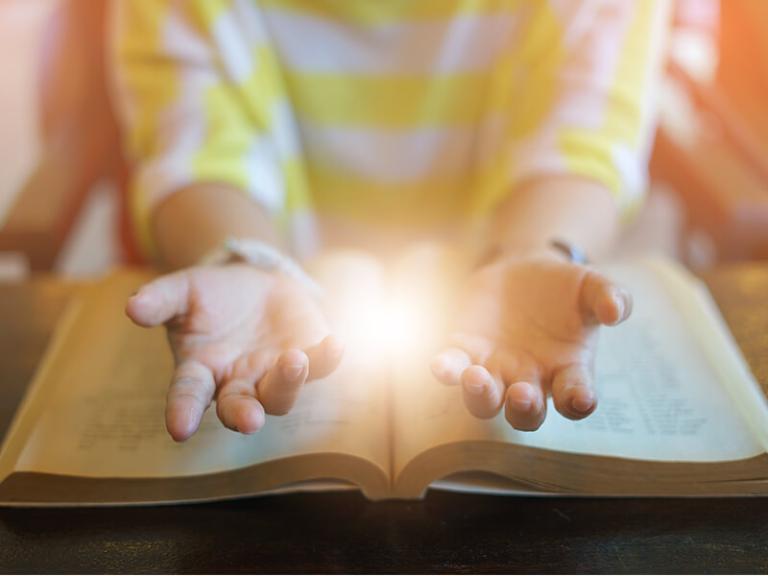 This Teen Brought God Into Her School, Encourages Classmates to Pray and Give Glory to God
archives most recent
More from Beliefnet and our partners
previous posts