As wildfires continue to ravage California, Bethel Church is reaching out to help those who have lost everything.  An influential charismatic church based in Redding, California, Bethel Church has a congregation of several thousand and wishes to help its wider community recover from the destruction of the 2018 Carr Fire. The fire is ranked the sixth most destructive fire in California’s entire history and is less than 50 percent contained. In order to assist people who are looking to get back on their feet, Bethel Church has pledge to donate $1,000 to every household that lost their home in the massive fire.

When the church originally made the pledge, the number of homes they expected to donate to was noticeably smaller than it is now. That, however, has not caused Bethel to back out of their promise. “When we first made the decision to give a financial gift for the people in our city who had lost their home, the numbers being reported were 150 to 200 homes,” Bethel said. “Within just three days, that number had climbed to over 1000 homes, and the amount we had expected to raise and give went from $200,000 to over $1,000,000 dollars.”

“We are believing [in] Him for it, and are now in the process of reaching out to our friends around the globe to be the hands of Christ to our city in this moment. We are determined to honor this commitment,” Bethel said, “whether the generosity comes from gifts from the global community or from our own church finances.”

Only Redding and Shasta County residents who lost their primary residence will qualify. Bethel will not be covering those who lost vacation homes, second homes or rental properties.

In addition to the monetary gift of $1,000, Bethel has been deploying hundreds of teams of “Ash Out” volunteers to help residents sift through the ashes of their homes for valuables that may have survived the blaze. The church also offered to open its doors and give shelter to evacuees, but it was deemed too close to the fire zone to act as a shelter given that there was only one road in and out of the premises. Bethel has been, however, serving as a Salvation Army aid distribution site in addition to assisting with the aftermath of the fire.

“We cannot begin to describe the feeling of helping someone who lost their home find something that they thought was gone forever. This is part of what it means to live like Jesus– to link hands together as we move forward,” Bethel posted on its Facebook page. One can only hope that the fires come to a swift end so the entire community can focus its whole energy on recovering rather than continuing to split its attention between healing and battling the still raging flames. 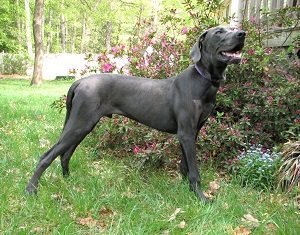 God’s voice not only helped the officer narrowly avoid the bomb, but it also enabled him to save others. Nashville Officer James Wells, one of the heroic cops who helped evacuate people moments before an RV with a suicidal man inside exploded, says God spoke directly to him before the incident took place. God’s voice […]

12 Days of Service Challenge, Day 12: Donate Extra Change to a Good Cause

One of the biggest tasks we are called to do is give back for the sake of others. The Bible says, “Each of you should use whatever gift you have received to serve others, as faithful stewards of God’s grace in its various forms.” We can also turn to Matthew 22, which gives us two […]

Christmas 2020: A Different Kind of Christmas

It’s a Christmas like no other. In a year like no other. One clue it was different is the Santa Claus at a very popular store in our area. It was humorous to see their commercial, as they tried to say, “Come on – it’ll be fun – and safe!” Oh, the kids were still […]

12 Days of Service Challenge, Day 10: Help a Neighbor With a Task

How many neighbors do you know by name? When was the last time you had a conversation with the person next door, even if it was just for five minutes, or simply waved when you were passing by? If you can’t answer these questions, you’ve probably lost touch with the people around you. While nobody […]