“Attractive” has always been a very subjective descriptor. Some women like men with facial hair while others cannot imagine kissing a man with a beard. Some men like women with short hair while others prefer women with long flowing locks. Some people want a partner who is much taller while others want a mate of a similar height. Red hair, black hair, blue eyes, brown eyes, the list of preferred traits are endless. The labels are equally diverse and often just as baffling as they are descriptive. After all “glamorous beauty,” “all-American pretty,” “rock-star handsome” and “clean-cut man” call to mind different images for each person. No label, however, has come under as much fire as “fat.”

Body image has become a surprisingly hot-button issue in recent years. The fashion industry has faced massive backlash over airbrushing models to have impossible proportions, and images of celebrities before-and-after photoshop have gone viral. It is in this culture that pushback against “fat-shaming” has really taken hold. People have begun to push for teens, especially girls, to stop worrying about their weight and accept themselves. Social media is filled with comments telling plus-sized girls to appreciate their curves and stop trying to “conform to society’s impossible standards.”

Given the prevalence of eating disorders among teens, such body positivity proponents are right to push back against dangerous and unhealthy starvation diets. Some, however, have gone too far. Women have begun being “skinny-shamed” as well. Fashion giants LVMH and Kering have banned models smaller than a French size 32, and the comment that “zero is not a size” can be found on everything from Twitter posts to t-shirts.

In such an environment, women like Jaime King and Megyn Kelly risk massive criticism whenever they speak about body image. Model Jaime King faced backlash after she pushed back against LVMH and Kering’s ban on models based on size, and Megyn Kelly recently found herself in hot water following a remark on the “Today” show. Kelly commented that one way she kept off the pounds was by having her stepfather tell her off whenever she went to the kitchen for a snack. In a similar controversy, Maria Kang drew ire when she posted a picture of herself and her kids. Kang, thin and fit in the picture, captioned the image “What’s your excuse?”

Both being overweight and underweight have been linked to health problems. No one is denying that simple truth. The question, however, has become how to handle weight loss and weight gain. Many body positivity proponents argue for all people seeing themselves as beautiful even if they are overweight. Others, however, argue that this idealizes a body that is overweight which causes just as many problems as idealizing a figure that is underweight. So, what is the right way to handle body image? No one should be publically shamed for their weight; most people can agree on that fact. The question that remains then is how to balance the emotional rollercoaster of bodily acceptance with the physical concerns of bodily health. So far, no one has a perfect answer. Given the topic, is it really any surprise that no solution to body image will be one-size fits all? 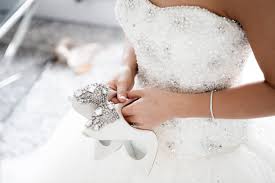