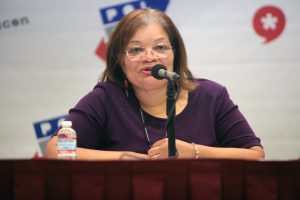 Newsmax’s list is topped by Reverend Billy Graham. The 99 year old reverend has preached the gospel to nearly 215 million people in stadiums worldwide and is credited with converting well over 3 million people. Graham opposed racial segregation in the 1950’s and worked to dismantle the black and while divide in American churches. He has also spent over five decades advising U.S. presidents on spiritual matters. Billy Graham’s son, Franklin Graham, took second place on the list of 100 Most Influential Evangelicals. Franklin Graham forged his own ministry through Samaritan’s Purse, an organization that provides both disaster relief and the gospel to millions of people around the world.

Jerry Falwell Jr. also made Newsmax’s list. Falwell is the president of Liberty University and took the position following the death of his father, the school’s founder. Liberty University is arguably the best known Christian college in America. It is certainly the largest. Liberty boasts a student body of 92,600 people and is nearly twice the size of the second largest Christian college, Grand Canyon University. 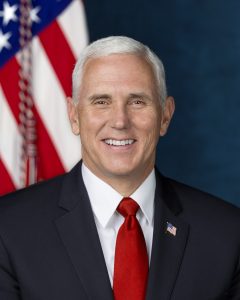 Vice President Mike Pence and former Alaskan governor Sarah Palin took ninth and 11th place respectively. Pence is known for his creationist and pro-life values and attributes many of his political stances to his faith. Palin was John McCain’s running mate in the 2008 presidential elections and has written several books on faith and politics. Both politicians have spoken openly about their religious beliefs.

Television and movie producers Mark Burnett and Roma Downey ranked 10th on Newsmax’s list of the 100 Most Influential Evangelicals. Burnett and Downey are responsible for the History Channel’s hit miniseries “The Bible” and the 2016 remake of “Ben-Hur.” The married couple runs Lightworks Media, the faith and family division of MGM studies, and are currently working on a religious drama for Netflix titled “Messiah.”

Dr. Alveda King won a spot in the top 20 most influential evangelicals. King is a former representative of the 28th District in the Georgia House and a frequent contributor to Fox News. She is a dedicated and outspoken pro-life advocate and the director of Civil Rights for the Unborn. In addition to being a minister and activist, Dr. King is a best-selling author and a niece of Dr. Martin Luther King Jr.

The Hobby Lobby father-and-son team of David and Steve Green were among Newsmax’s top 25 most influential evangelicals. Hobby Lobby is known for its faith-based practices and made headlines in 2014 when the company’s suit against the federal government made it all the way to the Supreme Court. Hobby Lobby was one of multiple companies arguing the birth control mandate in the Affordable Care Act infringed on religious freedom. The Supreme Court ruled in favor of Hobby Lobby. Steve Green was also involved in the creation of the highly anticipated Museum of the Bible. The Museum is located just off the National Mall in Washington, D.C. and documents the narrative and history of the Bible as well as the holy book’s impact on the world.

Newsmax’s list ranked Phil Robertson 51st. Robertson is the patriarch of the Robertson family and founder Duck Commander, the company that was the subject of the hit TV show “Duck Dynasty.” Robertson is currently working on another TV show about the dangers of political correctness.

The author of 15 best-selling books, Max Lucado, also made Newsmax’s list. Lucado has written numerous books for adults and multiple children’s books including “The Crippled Lamb,” “Small Gifts in God’s Hands” and the beloved Wemmicks series. His books have been translated into 54 languages, and his influence has been noted by The New York Times, Reader’s Digest and Christianity Today.

Dozens of other well-known Christians made Newsmax’s list of the 100 Most Influential Evangelicals including Gospel singer Pat Boone and former Broncos quarterback Tim Tebow. Obviously, not all 100 evangelicals are listed here, but Newsmax’s full list is currently available online. 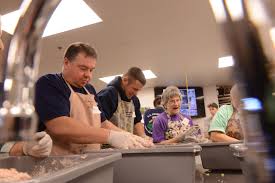