Graduation season is in full swing.  High school students are preparing for college and college students are preparing for adulthood. Nonetheless, the graduation ceremony is something that any student views as a long time coming.  It is the last step of officially getting you over the finish line after the long haul of a race with homework, tests, and what seems like endless studying.  For college student, Jerich Alcantara, he was more than ready for his ceremony. His family and friends were all invited and it was a moment that he was glad he would be able to share with them.

Jerich Alcantara was graduating from Hunters College in New York. He had spent long hours completing his degree in the Hunter-Bellevue School of Nursing. He told Select All, that he had opted out of the main graduation ceremony that was being held at Radio City Music Hall due to the fact that they were only allowing each student a total of two guests to attend. Alcantara had made it his plan to invite all of the family and friends that he felt should be present and just attend the smaller commencement ceremony.   The day of his ceremony he and a few of his friends decided to take the subway E-Train from Queens to Manhattan.

Being that the subway transports over some 4 million people a day they thought that there would be no problem. Everything was smooth sailing until the trains emergency brakes went off for no reason.  The engineers were unable to fix them for over an hour and a half.  They had sent out for rescue trains but the wait time for their arrival was estimated to be over 20 to 30 more minutes.  All in all the passengers were on the train for a total of three hours.

During the wait for the rescue trains to arrive, Jerich Alcantara in full regalia decided to make a joke to lighten up the moody and irritated passengers.  He decided to thank everyone for attending his graduation. “I announced to the whole train ‘Hey guys thanks for coming out today to see me walk and graduate,” he told Fox News. It was the right thing to say because people began to applaud and cheer for Alcantara.  He told Select All in an interview,” Everyone was getting antsy and impatient, so I figured I’d lighten the mood by thanking everyone for coming out. That led to applause, and the rest just followed.”  After the passengers applauded him the impromptu ceremony commenced.

The ceremony began with exemplary graduation music even including the song “Good Riddance (Time of Your Life)” by the band Green Day. One of his friends made a diploma on his phone and decided to play the role of dean.  He spoke a few words about Alcantara, congratulated him, shook his hand, and handed over the phone that was playing the role of the diploma.

After being stuck for more than three hours, Alcantara was able to make his way to the ceremony. He knew he had missed the entire ceremony but his family and friends still felt it was fit to go. When he got above ground he noticed that there were other individuals who were dressed in their purple gowns and cap that had also missed the event.

The schools reaction to the impromptu graduation ceremony made the experience come around full circle.  The school tweeted recognizing all of the graduates and congratulating them as well as giving a direct shout out to Jerich Alcantara congratulating him on his graduation along with sharing a video that a passenger that was in attendance to the subway graduation had taken. Also, in an interview with Fox News, the president of Hunter College said that she was personally going to hand Jerich Alcantara his diploma and she looks forward to it.

All in all, Alcantara had a great outlook on the events.  He told Select All, “It was a great time.”  The situation was obviously not ideal but because of good people making a not so great situation worthwhile and maintaining a positive outlook at the circumstances that were at hand. He was able to receive two special graduations when only expecting one. Not to mention, that Jerich Alcantara and all of those subway passengers in attendance saw a graduation ceremony that they will never forget. 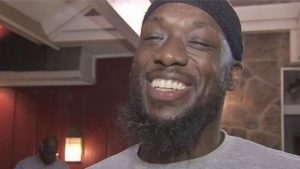