Don’t Get Stuck in the Storm

We are fortunate here at Beliefnet to work on the 19th floor of a building that is poised on the edge of Norfolk. From the office window where the editors work, our view spans across at least five cities. We can see traffic for miles along the interstate. On a particularly clear day, we can see the very tops of the hotels that line the boardwalk of Virginia Beach nearly 20 miles away. 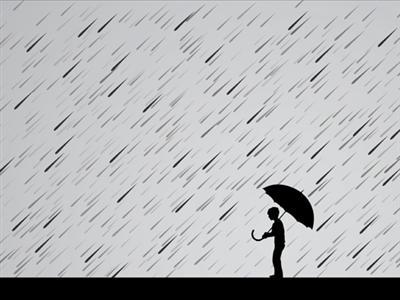 What I’ve found really interesting about being this high up is our viewpoint on storms. We can literally watch a storm come through. I can see clouds and the dark haze of rain that they create over a small patch of land. Sometimes I think about the people who are under that particular cloud and imagine how dark the sky must look from the ground. Yet, from up here, it doesn’t look that big and it will pass over them rather quickly.

It makes me wonder, if I can see the beginning and the end of a storm from here, I wonder what God’s point of view looks like? I’m curious what it would be like to see the bad times in someone’s life and know exactly when they will pass.

Yeesh, wouldn’t it be easier? Wouldn’t it be better to know exactly when your tough times will be over? It’s unknowable from where we sit most of the time, but storms roll through. That’s what they do. They hover over us, darken our skies and rain on our heads, but eventually they move on.

It’s never great when you’re stuck in a bad or uncomfortable situation. What makes it worse is getting stuck in your own mind. Because that’s when you start saying things like, “I’ll never get a better job,” or “My marriage will never get better.” It’s not just that you’re giving up and admitting defeat. You’re making a statement of fact for which you have no proof given your limited viewpoint. And it’s usually only after you’ve come out of the storm that you see it didn’t last forever. Hindsight may be 20/20, but having faith for what you can’t see now gives you a whole new perspective.

One of the best cards my father ever gave me was one that was folded twice. On the front it showed a man in a rain coat in a horrible storm. It said, “I know you can’t see it…” You flip to the inside where it’s still raining, but then you unfold the card again and it shows the rain has stopped and the sun is shining. It reads, “… but it’s there.”

If you’re stuck in the storm today, don’t let the storm get stuck inside of you. From a vantage point higher than where you can see now, this storm has a definite end and the sun is shining for you on the other side. Just wait it out and have a little faith.

read next post
Great Proposals: Man Says, 'Marry Me' with Friends Dancing in the Street
archives most recent
More from Beliefnet and our partners
previous posts

(Conscious) Luck in the Time of Coronavirus

There is nothing lucky about a pandemic. All of us living through the present one can agree it’s frightening, upsetting, and increasingly surreal. Life as we know it has been severely disrupted and promises to remain so for a while. On a purely personal level, people’s experiences vary. For those who love interaction and group […]