The Scoop on Where Kate Middleton and Prince Will Shall Wed

According to my new special sources at Westminster Abbey, Kate Middleton will become Mrs. Prince Will at this altar. It is called the High Altar. 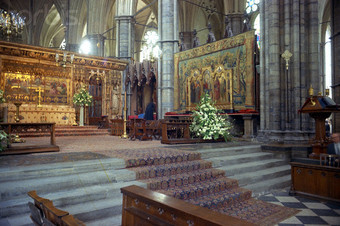 She will glide into the Abbey through these grand doors. Of course, there should not be snow there in April! 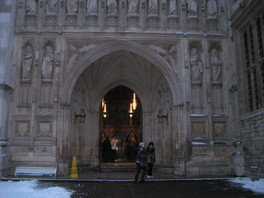 Then she will walk down the aisle that many Kings and Queens haved walked down for their coronations.

It is the aisle her beloved walked down for his Mum’s funeral. It is the aisle that she will, perhaps, walk down when she and Will become King and Queen of England some day.

Yesterday, and during the day to day experience in Westminister Abbey, the main altar and the front door are blocked from each other by a small chapel area that prevents you from walking straight down the aisle from the front door. That area will be freed up on the big day on April 29.

I took a test run down that aisle yesterday, walking just through the area with wooded seating that faces the aisle. There are some chairs up front in small rows. I am betting that the royals will bring in better furniture for this event!

I was told that Westminister Abbey can hold over 8.000 people, due to the special seating areas that were built for Queen Elizabeth’s coronation. Some of these folks would be way up in the royal bleechers if Kate and Will were to have such a large guest list. 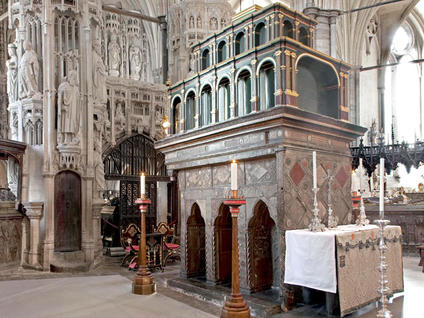