Several years ago, I was contacted by Lisa Cherry—a woman feverish with a book idea.  I’ve been in  that place before, and so we began a conversation.

She had been physically ill and credited much of her healing to an intensive yoga practice.  Her story resonated with me—as yoga helped me shift my life purpose from focusing on self-centered goals to learning to love and serve others.  We both agreed that the true power of yoga went far beyond reshaping our bodies—in our experience, yoga was a means to alter your entire perspective, your whole life.

Fast forward several years and what seemed like hundreds of edits later.  Voila! The book, Stories from the Yogic Heart was published earlier this year and my essay, entitled, “Finding my Perfect Self,” was included in the anthology, amongst stories from yoga luminaries such as Sting, Russell Simmons, Sonny Rollins and Sharon Gannon.

I was amazed at how many of the essays in the book focused on yoga as path to healing physical illness.  My story was focused on healing my psychological and spiritual dilemmas—but as someone who has rarely been sick or injured, I haven’t had much exposure to how to harness yoga to wrestle with disease or kick-start the healing process.  Those stories inspired me to continue my practice—so that I can utilize yogic breathing and asana to come to terms with aging, illness and physical death in future decades.

There were other stories that caught me off guard. Sharon Gannon—the co-founder of Jivamukti Yoga—wrote about how yoga had not only helped her recover from an injury, but also helped her realize that her aspirations for the world first had to take root in her body.  Yoga taught her that being an activist wasn’t about seeking revolution outside oneself.   So she began to practice her beliefs in her own body—living her values in the way she walked, ate, danced, slept and spoke.

Zo Newell’s essay focused on how her introduction to yoga helped her survive hundreds of electroconvulsive (shock therapy) treatments as a teenager who was institutionalized by her parents.  Rather than becoming disembodied during this difficult period, yoga practice helped her stay in her body, and to preserve her equanimity in a situation where many others would simply lose their minds.

Yet another story focused on how yoga practice helped a mother find hope after giving birth to a premature baby who weighed just over one pound! Her practice gave her the tools to bring peace into her body instead of giving in to her worst fears.  And it helped her connect with her sick child—so that she could send strong vibrations of love as her daughter struggled for her life in an incubator in the NICU.   Yoga was also the tool that helped her manage the vicarious suffering inevitably felt by parents of a special needs child during her tumultuous life.

By the time I finished the Stories from the Yogic Heart, I felt as though my personal story was rather ordinary.  Yoga had opened my mind and heart—but now I could see that it had the potential to do so much more.  The book was a reminder that at it’s best, yoga helps us to look deeply within .  We might not like what we find, but when we allow ourselves to see it—plainly, accurately—we can begin to work with it.  Healing begins when we turn towards, rather than away from, our dis- or un-ease.

As I reflected on the book, and my small contribution to it, I felt an overriding sense of hope.  My story ends with the realization that advanced yoga practice isn’t about holding complicated postures with our bodies—it’s about learning to harness the power of our hearts.  After reading nearly 30 essays that echoed the same theme, I could see how yoga would catalyze an important movement in human history–as millions of newly opened hearts cannot help but transform the world. 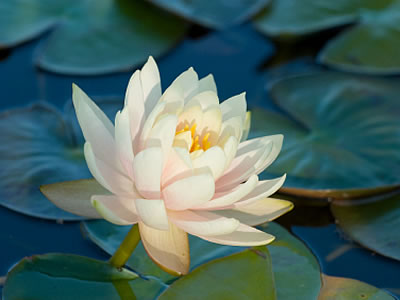 Thank you for visiting The Inner Cubicle. This blog is no longer being updated. Please enjoy the archives. Here is another blog you may also enjoy: Inspiration Report Happy Reading!!!

I have always believed in soulmates.  While my belief might have sprung from an adolescent fantasy many decades ago, it has ripened into a surety—something solid enough to hold in my hands or place in my coat pocket. If you believe in reincarnation (which I do), then it’s not a stretch to imagine that some […]

A Different Kind of Love (for Singles seeking Relationships)

As a writer who writes about all the “big stuff” we face in our lives, I have shied away from one topic for a long time–love between two adults.  I’m single, and have been for a long time, so I fell into the trap of thinking that only married folks–more specifically, those who are happily […]

From Parent to Person

I started blogging shortly after giving birth to my daughter Ayla.  I decided on a mommy blog because, well, there was nothing else on my mind post-partum.  But last summer, the winds shifted in my life and suddenly I felt the urge to expand my view of myself, from parent to person, and mother to […]