Following the peak of the Covid-19 global pandemic, many need heartfelt, Christian content to uplift their spirits. For most of 2020, audiences had to view movies from streaming services in their own homes. However, in 2021 theaters have begun reopening to the public just in time for several new faith-based movie releases coming up this year.

Here are five faith-based films coming to theaters this summer and fall.

The highly anticipated biopic “Respect” will take a closer look at Aretha Franklin’s long journey to becoming “The Queen of Soul.” Franklin’s Christian faith background will be the film’s focus, showing her growing up in a solid Christian household led by her father, a Pastor. Director Liesl Tommy stated that the film “begins with the church and ends with the church.”

Jennifer Hudson stars in the movie as the iconic Aretha Franklin. The actress proclaims that her faith in God and church background helped her resonate with Franklin’s story to produce the film.

Before Franklin passed in 2018, the “queen of soul” took Hudson under her wing and gave her a lot of wisdom. It only fitted for the highly talented Hudson to play her mentor years later.

“I am a child of God, born in the church. It’s so natural,” Hudson stated. “I feel like one of our closest connections is our faith — with having that background coming from the church, which I completely understood instantly,” Hudson spoke of her friend and mentor.

Hudson expressed in an interview that she had to pull inspiration for the character from her Christian faith to help her get ready for such an infamous role.

The Kendrick Brothers’ new documentary “Show Me the Father” will delve into the details of the love and fatherhood of God.

“Everyone has a father story, but not everyone has learned how to redeem it for their good and the good of others,” Stephen Kendrick stated in an announcement. “Even though fatherlessness is directly connected to so much brokenness in today’s world, we wanted to go beyond traditional documentaries and show how God is the perfect Father and can amazingly provide the love and healing to anyone at any stage in life.”

The film-making brothers’ duo explained how the film was created in an interview with The Christian Post.

“God said, ‘You need to make this documentary about fatherhood.’ So we moved forward by faith, and we were able to connect with some of the coolest, most emotional stories about fatherhood. We took some of the most powerful truths about the fatherhood of God, put it all together and prayed over it,” the dynamic duo stated.

The Kendrick’s Brothers are back with a reprise of their 2011 film “Courageous.” The new release will show never-before-seen scenes and an alternative ending. The film-making brothers hinted that the audience “will get to see what happens to many of the characters ten years later. It’s a new ending with a few surprises!”

The fan-favorite movie follows the story of Sheriff’s Deputy Adam Mitchell, played by Alex Kendrick, who “endures a terrible personal tragedy that causes him to question what is important to him. Taking comfort in his religion, Adam vows to become a better parent to his teenage son (Rusty Martin). He convinces his friends on the force to sign a pledge that they will all strive to become better Christians and better parents,” the official film synopsis states.

Another film-making brother duo is releasing a new film this year. The Erwin Brothers’ new movie “American Underdog: The Kurt Warner Story” will be sure to touch the hearts of many. The dramatic film walks the audience through the real-life story of Kurt Warner, who went from working at a supermarket to becoming a Super Bowl-winning MVP of his football team.

Oscar-winning actress Anna Paquin and actor Zachary Levi will be starring in this Kingdom Story Company and Lionsgate production.

The film adaptation of the bestselling book “Redeeming Love” will come to life in theaters this year.

“The story centers on Angel (Abigail Cowen of “I Still Believe”) who was sold into prostitution as a child. She has survived through hatred and self-loathing until she meets Michael Hosea (Tom Lewis of “Gentlemen Jack”) and discovers there is no brokenness that love can’t heal. The story reflects the redemptive power of unconditional and sacrificial love with characters and circumstances relevant to the contemporary world,” the official film synopsis states.

The plot is based on the Old Testament book Hosea and, similar to the novel, the movie is set in the California Gold Rush time period of 1850.

“This book has literally changed countless lives, and this movie will change, I believe, even substantially more lives,” the film’s producer stated in a behind-the-scenes clip of the movie. 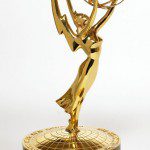