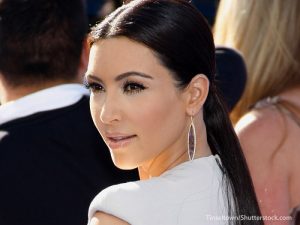 Kim Kardashian took to social media on September 8, to announce the end of the long time reality series “Keeping Up With the Kardashians.” The show first went on air in 2007 and had since broken records for being one of the top rated reality series on air . The show has also been the blueprint for the Kardashian brand and empire.

“To our amazing fans – It is with heavy hearts that we’ve made the difficult decision as a family to say goodbye to Keeping Up With the Kardashians,” Kim Kardashian, 39, wrote next to an old poster from the show. “After what will be 14 years, 20 seasons, hundreds of episodes and numerous spinoff shows, we are beyond grateful to all of you who’ve watched us for all of these years – through the good times, the bad times, the happiness, the tears, and the many relationships and children. We’ll forever cherish the wonderful memories and countless people we’ve met along the way.”

The show has helped to build the careers of the Kardashian clan, which included an intimate view of the lives of Kim, Khloe, Kourtney, and Rob Kardashian, as well as Momager Kris Jenner, Kylie Jenner, and Kendal Jenner. Aside from the original series, the family had partnered with E! to create 12 spinoffs such as “Kourtney and Kim Take New York, “Kourtney and Kim Take Miami, “Dash Dolls,” ”Revenge Body with Khloe Kardashian,” and “Flip It Like Disick.”

Along with all of you, we have enjoyed following the intimate moments the family so bravely shared by letting us into their daily lives,” E! said in a statement on Tuesday. “While it has been an absolute privilege and we will miss them wholeheartedly, we respect the family’s decision to live their lives without our cameras. It is not our final goodbye yet..”

Taylor Fuqua is a Digital Marketing Coordinator for Beliefnet. She graduated from Norfolk State University where she received a degree in Mass Communications and Public Relations. During her undergraduate career, she wrote for numerous publications and was the Social Media/Marketing Manager for an online magazine designed for young collegiate women.