Adrian Peterson, Veteran Christian NFL player for the Washington Redskins, said that he and other players plan to continue Colin Kaepernick’s controversial take a knee protest during the national anthem. The protest is a stand against racial injustice and police brutality. In the wake of George Floyd’s death, support for the Black Lives Matter movement is rising.

“Just four years ago, you’re seeing Kaepernick taking a knee, and now we’re all getting ready to take a knee together going into this season, without a doubt,” Peterson, 35, told the Houston Chronicle in an interview published Friday.

Kaepernick, former NFL player and Christian, first began kneeling during the national anthem in 2016 while he was a player for the San Fancisco 49ers. It brought up controversy and divide within the NLF and across the nation. Later in 2018 the NFL announced new rules requiring all players to stand for the national anthem, stay in the locker room if they can’t, or face a fine for breaking them.

Earlier this month, Roger Goodwell, NFL commissioner, said in a video that the league was wrong in how it treated players protesting systematic racism.

Peterson sees this as the league evolving. He believes that if all NFL players step up it can make a real difference.

“We’ve got to put the effort in as a group collectively,” he said. “Are they going to try to punish us all? If not, playing football is going to help us save lives and change things, then that’s what it needs to be.” 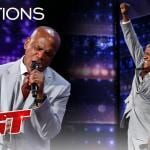 ‘America's Got Talent’ Contestant Was Wrongly Incarcerated, Says Prayer Got Him Through
archives most recent
More from Beliefnet and our partners
previous posts