For those who are fans of Justin Bieber, they know that he has had an ongoing battle with anxiety and depression.

Bieber is using his social media platform to talk not only about his anxiety but also how God helps him cope.

“Don’t stop fighting the battle – the battle is already won,” he shared with his fans on Instagram.

Bieber, quoting 2 Timothy 1:7 said, “Fight for what you love and who you love don’t let fear and anxiety win…God has not given us a spirit of fear but of power love and of a sound mind!”

“Jesus has given me freedom and the pursuit of getting to know his character is never ending. God’s character never changes – he is the same yesterday now and forever. He is always good! I won’t be afraid to be vulnerable before him.. his power is made strong in our weakness. God isn’t afraid of your pain and your brokenness he actually welcomes it. Come to me all who are weary and burdened and I will give you rest! these are words from Jesus!”

His hope is for his fans to put their hope in Jesus as well.

“There is hope and it’s in him!! He loves and cares for you! For God so loved the world that he gave his only son so that whoever believes him won’t die but have eternal life! You are that whoever and he accepts you as you are!! He loves and forgives you and welcomes you into his arms every time you mess. He is a perfect and loving God who adores you!”

Bieber recently reached out to his fans asking them to pray for him.

In an emotionally charged Instagram post, Justin Bieber shared that he’s in the midst of the “most human season I’ve ever been in,” and is asking his fans for prayers during this rough period.

“Just wanted to keep you guys updated a little bit hopefully what I’m going through will resonate with you guys,” Bieber captioned in a picture of himself praying with manager Scooter Braun and Kanye West. “Been struggling a lot. Just feeling super disconnected and weird.”

Just wanted to keep you guys updated a little bit hopefully what I’m going through will resonate with you guys. Been struggling a lot. Just feeling super disconnected and weird.. I always bounce back so I’m not worried just wanted to reach out and ask for your guys to pray for me. God is faithful and ur prayers really work thanks .. the most human season I’ve ever been in facing my stuff head on..

While the pop singer didn’t share what specific challenges he’s facing, he did ask for prayers.

“God is faithful and ur prayers really worked,” Bieber wrote.

This is not the first time Bieber has alluded to his depression. In an interview with Vogue, Bieber opened up about a period where he got “really depressed” on the tour for his album “Purpose” in 2017.

During that time, he admitted that he relied heavily on the sedative Xanax in hopes of distancing himself from his reality.

“I found myself doing things that I was so ashamed of, being super-promiscuous and stuff, and I think I used Xanax because I was so ashamed,” he admitted. “My mom always said to treat women with respect. For me that was always in my head while I was doing it, so I could never enjoy it. Drugs put a screen between me and what I was doing.”

He also added, “It got pretty dark…I think there were times when my security was coming in late at night to check my pulse and see if I was still breathing.”

While Bieber has gone through some really dark periods, he has been able to lean on God and trust in Jesus. 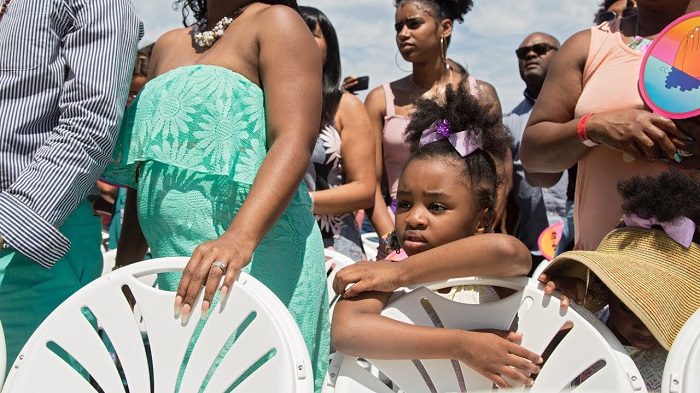