The nation got an impromptu lesson recently over journalistic ethics and the importance of checking facts before publishing a story. The media went wild over a video clip that supposedly showed students from Covington Catholic High School mocking a Native American Vietnam veteran in Washington, D.C. The veteran, Nathan Phillips, was attending the Indigenous People’s March. The students were in D.C. for the annual March for Life rally. Following both marches, a short video clip emerged showing one of the students, Nick Sandmann, and Phillips staring at each other. Sandmann appeared to be smirking while Phillips stood nose to nose with the teenager and played his drum.

The media ran with the story that the students from Covington Catholic had been shouting insults and, essentially, trying to pick a fight. The teenagers were blasted by most news outlets, celebrities and absolutely pilloried on social media. Then, a much longer video was discovered that showed things were not nearly as simple as they appeared. The insults and racist remarks were actually shouted by members of the Black Hebrew Israelite movement, and Phillips approached Sandmann, not the other way around. Sandmann also spoke out and claimed that he was trying to diffuse the situation but also refused to back down and be intimidated by either the Black Hebrew Israelites or Phillips.

Unfortunately, by the time context for the video was released, the damage was done. The students had been threatened with expulsion, labeled as racists and seen their names smeared by the national media. Worst of all, a video taken out of context and spread by the media lead some people to threaten to murder a bunch of teenagers and their families.

Numerous journalists have retracted, deleted and apologized for jumping the gun, but the damage has already been done. As Patricia Heaton pointed out in a series of tweets, the failure of the media to do their duty and check the facts means that the teenagers’ are going to be impacted by 30 seconds of foolishness for the rest of their lives.

“These young people will forever have these smears follow them through their life every time they proffer their resume with the word “Covington” on it,” Heaton wrote. “It will also affect anyone who ever has or ever will attend that school. The damage is incalculable.”

Heaton stated that it is not enough for the students to receive mere apologies from the journalists who cheerfully piled on an incomplete story. “It seems to me that an apology without some kind of accompanying action which speaks to the seriousness of their transgression – a suspension from work, some loss of pay – renders any apology empty,” Heaton wrote. After all, certain colleges or employers might not want to run the risk of accepting a student or employee who could potentially be seen as controversial. “Some kind of compensatory action would go a long way in signaling [journalists’] recognition of the seriousness of their transgression and help to restore what’s left of the public’s very fragile trust in their reputations as trustworthy journalists.”

At this point, no media outlet has yet taken Heaton’s advice, and the journalists who did not bother to fact check the story are currently off the hook. This has helped make for a very dark week for the American news media, especially given that the media already had a black eye following Buzzfeed misprinting an update on the Muller investigation so completely false that Muller actually released a statement saying it was not true. Regardless of whether you stand on the left or right side of the political aisle, there is no doubt that American’s trust in the media has tanked. Given stories like this, that should come, unfortunately, as no surprise. 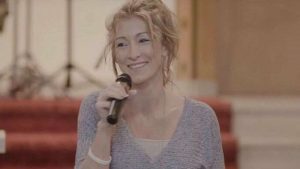