The best-selling Christian author, writer and preacher opened up for the first time about his own history of sexual abuse.

This month, church leaders from across the country met at Wheaton College for an event called Reflections: A GC2 Summit on Responding to Sexual Harassment, Abuse and Violence. This event represented the largest inter-denominational response to sex abuse since the #MeToo movement took off.

There were a number of signature moments and breakthroughs made as Christian speakers opened up about their own histories of sexual abuse. One of those people included best-selling Christian author, writer and preacher Max Lucado who opened up for the first that he was a victim of sexual abuse in his youth.

“My name is also on the list of those who have been sexually abused,” Lucado said. “As a young man, in my boyhood, not by a church member or a family member but by a community leader.”

While Lucado was a victim of sexual abuse, he said he still learned a great deal from the summit, especially around conversations dealing with sexual abuse. He apologized for not having taken those conversations about abuse as seriously as he should have.

“I’d also like to add my name to the list of those who have sensed today some desire for increased personal repentances,” said Lucado. “In listening, I thought, ‘I had a conversation with her, I could have done better.’ Or remembering the locker room banter from my football days many, many years ago. And just condescending attitudes that I as a senior pastor have employed. So I seek the Lord’s forgiveness.”

Another Christian author and speaker who spoke up at the summit was Beth Moore who shared her history as a survivor of sexual abuse. She has been open about her sexual abuse in the past.

“I am a survivor,” said Moore. “My home was my unsafe place. My church was my harbor.”

Moore said it’s time for the Church to be more than just a harbor for victims of abuse.

“I have often wondered what a difference it would have made if that same harbor had not only been a place to hide, but a place to heal,” said Moore. 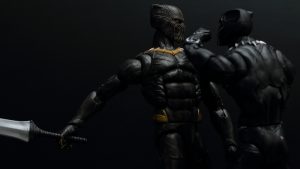 Zach Williams and Dolly Parton Release ‘There Was Jesus,’ Reminding Fans God is Always There

Contemporary Christian artist Zach Williams recently released a music video with country music legend Dolly Parton of their duet of ‘There Was Jesus’. This song is a big reminder that during these uncertain times, God is present. The powerful lyrics include the words… “In the waiting, in the searching In the healing and the hurting […]