“Bambi” Joins the Disney Signature Collection on its 75th Anniversary

One of Disney’s most beloved movies, “Bambi,” is celebrating it’s 75th anniversary this year by joining the Walt Disney Signature Collection.

The Collection release will include a variety of new bonus material. Deleted scenes and characters, recordings of Walt Disney discussing the challenges and triumphs of the movie, and how the movie effected the Disney studio, other films and artists, are just some of the new content that will be released. Additionally, the digital release includes  an exclusive, heartfelt feature on the incredible artist, Tyrus Wong, who inspired the film’s soft watercolor backgrounds and beautiful palette.

Beliefnet got exclusive access to some of the additional content that has never before been released for “Bambi.” In the clip below, Walt Disney speaks about how his daughter reacted to the movie after her first time seeing it.

“Bambi” arrives home on Digital HD, Disney Movies Anywhere, May 23rd and on Blu-ray, DVD and On-Demand on June 6. Watch the official trailer for the Signature Collection release below. 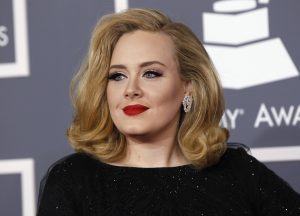