2017 is set to be an especially fun-filled year, one marked by sequels and remakes of some of our most beloved films. If you’ve been wondering which movies might be especially worth your cash in the coming months, look no further than this list!

Guardians of the Galaxy Vol. 2

The first installment of Guardians of the Galaxy was a surprise hit, impressing audiences with its retro soundtrack, awesome visuals, and charismatic, wisecracking lead, Chris Pratt. And on its debut on May 5th, it’s likely we’ll get more of the same with Guardians of the Galaxy Vol. 2, in which we may finally learn the true identity of Peter Quill’s biological father.

Judging from the trailer, this film promises to be just the infusion of summer fun you need this year, so don’t miss out.

Coming to theaters on June 2nd, Wonder Woman tells the story of the Amazon princess, Diana—also known as DC Comic’s premier female superhero, Wonder Woman. When a American military pilot, Steve Trevor, washes ashore and tells her of the ongoing World War I, she leaves her magical isle for London to end the conflict.

The combination of unconventional setting and strong lead actors might just make this Warner’s breakout superhero movie of the year.

Spider-Man: Homecoming takes place after Marvel’s Captain America: Civil War, and centers on Peter Parker’s efforts to balance his personal life with the increasing demands of fighting crime as Spider-Man.

Fans everywhere cheered when the long-awaited Spider-Man appeared in Civil War, and with the involvement of Robert Downey Jr.’s Iron Man, Michael Keaton’s Vulture, and exciting newcomer Tom Holland as Spider-Man, Marvel is likely to have another crowd favorite on their hands.

Dunkirk is the Christopher Nolan-directed story of the evacuation of Allied soldiers from the beaches and harbor of Dunkirk during World War II, and it’s shaping up to be a moving—and beautifully shot—flim.

Told from three perspectives—the land, the sea, and the beach, itself—Dunkirk is, as Nolan says, a survival and suspense film, lacking the typical bloody aspects of war.

With Nolan’s reputation, this is one film you don’t want to miss.

Had a good scare lately? If you’re like most horror fans, you’ve probably lamented the decided lack of frightening films this year.

Well, look no further, because the second iteration of Stephen King’s novel is coming to the big screens. It tells the story of a group of outcast kids who discover an ancient evil that’s taking the children of their small town in the guise of a clown.

If you liked Stranger Things, and have a thirst for something a bit more scary, this is your movie.

2017 is the year of the remake and sequel, it seems—Blade Runner 2049 takes place decades after the events of Blade Runner, and follows a new blade runner, Officer K, played by Ryan Gosling, as he teams up with Harrison Ford’s Rick Deckard to hold off the end of humanity.

With the original Blade Runner being regarded as one of the greatest science fiction films of all time, its sequel has a lot to live up to. On October 6th, head out to theaters to find out if its sequel lives up to its name.

J.J. Abrams has been toying with fans ever since he teased audiences with his mysterious monster movie, Cloverfield and alien invasion flick, 10 Cloverfield Lane, giving out subtle hints as to what in the world is going on in the cinematic universe he’s building.

Now he continues that with God Particle. Debuting on October 27th, this is the story of a team of astronauts aboard a space station who find themselves stranded after Earth simply disappears.

If you’re curious about where Abrams is taking us with through his Cloverfield franchise, take a look at God Particle this October.

If any Marvel film finally breaks the mold and stands out on its own, it’s going to be Thor: Ragnarok. Directed by Taika Waititi, the mind behind the hilarious mockumentary, What We Do in the Shadows, Ragnarok promises to be as weird as possible. In a good way, of course.

And that’s saying nothing of superstar Cate Blanchett’s role as Hela, the film’s antagonist—one who destroys Mjolnir, the hammer of Thor, within the first moments of the trailer.

Even if you’re not typically a Marvel fan, this spectacle may be worth the price of admission.

This list wouldn’t be complete without Star Wars: The Last Jedi.

Coming December 15th, this film picks up where The Force Awakens left off, with Daisy Ridley’s Rey training with the legendary Jedi, Luke Skywalker. And judging by the quality of its predecessor, this film is going to be great.

Unfortunately, that’s all we know so far, but hey—it’s Star Wars, and we’re all going to see it no matter what, right?

A Year of Action

If you’re a fan of action films, superheroes, monsters, and Jedi, 2017 is your year, although even if you’re not, you’ll likely still find something to love amongst these potential blockbusters. 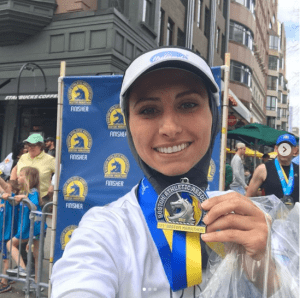