Slamma Jamma is drawing in massive crowds to movie theaters since it’s opening on Friday. But before it was even out in theaters, it received one of the highest pre-screenings across the country for a faith-based sports film.

“I have yet to see anyone not cry,” says Dale Carroll, the co-producer. “Grown men cry. Athletes cry. It’s very impactful. You have to actually see it to understand what I’m talking about.

Slamma Jamma, based on a true story, tells the story of college basketball star Michael Diggs who was convicted for a crime he didn’t commit, killing his dreams of becoming an NBA star. After finding Christ in prison, Michael must repair the broken relationships from his past and overcome all odds to regain his career.

“It’s a great movie about faith, slam-dunk championships, victory – it has it all…We need more movies like this,” says Chris.

The movie is already anticipated to go down as the next sports classic.

Stephen A. Smith of ESPN says the film is comparable to Rocky. “If you liked Rocky,” says Smith, “you will love Slamma Jamma.”

The film’s director, Tim Chey, said “So many people I’ve met across the U.S. say it’s the best basketball movie in twenty years. My goal is that the film also brings people closer to God.”

Watch the trailer and check the movie out in theaters today. 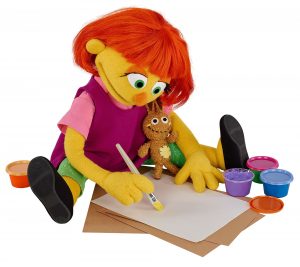 ‘Sesame Street’ Welcomes Julia, a Muppet with Autism
archives most recent
More from Beliefnet and our partners
previous posts