A new documentary revealed that the French Revolution was not without blemish. It is something that the history books would rather gloss over.

“The Hidden Rebellion” is a documentary by filmmaker Daniel Rabourdin that will richly uncover the battle that aled to the murder of 50,000 civilians after the Vendéans were defeated by the military. This included the murder of women, nuns and the destruction of religious freedom.

Vendee was a peaceful community of farmer and Catholics. They welcomed the French Revolution initially, but the reforms were not what they expected. The revolution put the countries at stake and its freedoms. In fact, it was mayhem and the Vendéans revolted against the tyranny of higher taxes, refused to wage wars beyond their borders and wanted to protect religious freedom.

People decided to rebel against this ideology. The Vendéans won the early battles against the military but buckled beneath the force the militants.

The film “presents a searing examination of the events and, even more importantly, of the ideas surrounding one of the history’s most chilling instances of genocide,” the film’s site rendered.

The producer of the film, Daniel Rabourdin told Breitbart Radio’s Curt Schilling that people don’t know the truth regarding the French Revolution. They were a group of elites that wanted to overthrow the Catholic faith and wanted to create a perfect culture.

Rabourdin said that the revolutionaries “were not that smart, but they were certainly intellectual and they were prepared to resort to unlimited violence in order to remake society along the lines of their dangerously utopian ideals.” If this sounds familiar, you are right. We live in a society that is suffering from political correctness and where there is an assault on our freedoms. The Vendéans sent a strong message to us from the past.

“I could hear modern American politicians talking when I heard and read the quotes of French military and government officials in the film,” Schilling responded.

This is just a taste of what you will experience when you watch the film. Check out “The Hidden Rebellion” today. 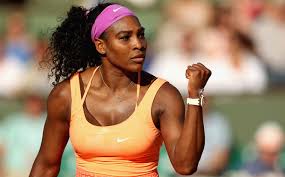 The NBA season is suspended, but that’s not the only thing being affected by the novel coronavirus. In addition, millions of students are now missing school. Christian athlete Steph Curry and his wife, Ayesha Curry, have decided to intervene. The Golden State Warriors guard and his wife have teamed up with a food bank to […]