Which Celebrities Will Attend Trump’s Inauguration?

A flurry of headlines have come out surrounding each celebrities decision on attending or performing at President-Elect Donald Trump’s inauguration, so it can be hard to keep track of who’s actually going to be there. Some celebrities had to back out due to scheduling issues, which was the reason for Garth Brooks and the rock band KISS, and other’s due to their personal political views, the reason for Céline Dion’s and Elton John’s decline. However there are still going to be great acts and it will be an incredibly historic day in history.

We have the complete list of celebrities that will be making an appearance.

America’s Got Talent finalist Jackie Evancho was the first performer to sign on to perform at the inauguration. At only 16-years-old, Jackie will be taking on the singing the national anthem. She stated that she signed on because “I just kind of thought that this is for my country.”

Announced just this week, Lee Greenwood will be signing “God Bless the USA” which is his most well-known song at the inauguration celebrations.

Despite tensions between the LGBTQ community and Trump, Caitlyn Jenner will be in attendance. “Caitlyn has been a Republican all her life and she sees this as an opportunity to represent and defend the LGBTQ community within the party,” a source close to Jenner told People. Previously, Jenner said Republicans needed help understanding LGBTQ issues and she would be willing to help.

Dubbed the “Queen of Clean,” the comedian will be headlining one of the inaugural balls. “I was very honored… I didn’t even have to think about it. I was like, ‘Yes,’” Pierce to Fox News.

The popular rock group 3 Doors Down confirmed via Instagram that they would be performing at the pre-inauguration concert. Since, they have not released any further comments on their choice.

While Drew Carey won’t be at the main inauguration event, “The Price is Right” host will host the 2017 Veterans Inaugural Ball. The ball will feature performances from Gary LeVox of Rascal Flatts, Janine Stange and The American Bombshells.

Toby Kieth will take the stage during the pre-inauguration concert. When Keith signed on and made his decision public, he released a statement saying “I don’t apologize for performing for our country or military.”

These YouTube stars will also be at the pre-inauguration concert. They received backlash from their fans, however said they remained hopeful and will be praying for America that day.

Stephen Baldwin’s brother, Alec Baldwin, has been making headlines portraying Trump on “Saturday Night Live,” however Stephen has been a strong supporter of Trump since the beginning. He is looking forward to attend the inauguration festivities.

Antonio Sabáto Jr. a former model and actor, making appearacnes in “General Hospital” and “Melrose Place,” confirmed that he would be a guest of Trump via Twitter.

The Frontmen of Country

The Frontmen of Country is a trio that features Tim Rushlow, Larry Stewart, and Richie McDonald. They haven’t given further details on their performance.

Jon Voight is scheduled to introduce Rudy Giuliani and do “a few things here and there” at the inauguration celebrations, he says. A longtime supporter of Trump, in March the actor said Trump was the “answer to our problems” and said “Republicans need to unite behind this man.” Voight went on to say, “I pray all Americans who have seen and felt the meltdown of America with the Obama years, to please fight for Donald Trump.” 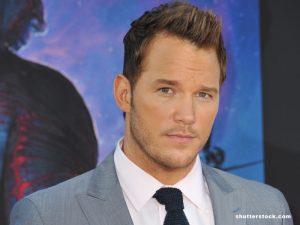 “Jesus Told Me to Talk to You': Chris Pratt Reflects on the Incredible Moment He Was Saved
archives most recent
More from Beliefnet and our partners
previous posts