“The Jesus Film” Will Reignite Your Faith 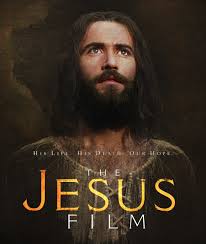 Witness the greatest story of our lifetime as it is told through “The Jesus Film.” Digitally remastered, “The Jesus Film” is a two-hour drama documentary on the life of Jesus Christ based on the Gospel of Luke.

The film follows Jesus of Nazareth’s (Brian Deacon) life from birth to death. His parents, Mary (Rivka Neuman) and Joseph (Yossef Shiloah), are a strong presence in his early life. Later, as a young adult, Jesus begins to realize his destiny, and his apostles are gradually assembled, with Simon Peter (Niko Nitai) among them. Eventually, Jesus must face his crucifixion, which leads to his resurrection.

“The Jesus Film” was co-directed by Peter Sykes and John Krish, and produced by John Heyman. It was filmed on location in Israel and was funded by several Christian groups. Since then, the movie has flourished.

It has been praised for its “meticulous attention to authenticity.” Instead of embellishing the story, the filmmakers chose to adhere as closely as possible to the Good News Bible. The film received universal and critical acclaim by Christians and moviegoers alike for its outstanding portrayal of the accounts featured in the film, and it currently holds an 87% on Rotten Tomatoes.

“The Jesus Film” takes the story of Jesus’ life and translates it onto the big screen in a beautiful and powerful way. The film will move you emotionally and encourage your faith to grow and seek out God. It is highly recommended by Christians and non-believers alike, as it portrays the Bible in such an authentic way.