“Last Days in the Desert” Trailer Will Leave You Wanting More

The official trailer for Rodrigo Garcia’s Last Days in the Desert is leaving fans cheering for more.

Last Days in the Desert follows the story of Jesus (Ewan McGregor) in an imagined chapter during his forty days of fasting and praying in the desert. As Jesus leaves the desert, he is confronted by the Devil (also played by McGregor) over the fate of an ordinary family in crisis, bringing Jesus to the test of human conflict.

Other stars include Susan Gray, Tye Sheridan and Ayelet Zurer.

The movie is filled with adventure, drama, and history and is beautifully filmed. Critics and fans alike have been impressed by the film and have been captivated by the faith-based movie.

Make sure to catch Last Days in the Desert when it hits theaters on May 13th. 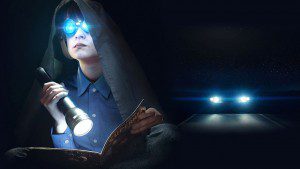