Kristin Chenoweth Appears On CMT Tonight, Has A New Album and A New TV Show 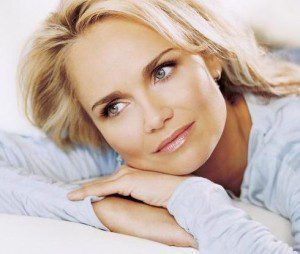 One of my fave celebs,  Kristin Chenoweth, has to be one of the busiest actresses in Hollywood right now. She just finished a new album, has been cast in the controversial pilot “Good Christian B—–es”,  will return to “Glee” ‘ very soon for another guest stint, and will appear tonight on CMT’s new talent contest as a guest judge. Oh, and there are also rumors she might head back to Broadway in the not-too-distant-future.

Which one of these appearances will land draw the most criticism from the far Christian right that is no longer a part of Chenoweth’s fan base? Well, the ABC pilot, of course, which is already being threatened with boycotts, etc. by certain family values groups. But with Chenoweth embracing her country side – I think her latest recording, done in Nashville,  will also show her country flair, I wonder if she will get some renewed interest  or some new fans from the heartland. I mean, she continues to share very openly and honestly about her life and faith in such a way that, even if you don’t agree with everything she says, it’s diffcult to not find it completely endearing.