By Amy & Nancy Harrington, Pop Culture Passionistas
We finally said aloha to “Lost,” which went out with a message of hope, America Ferrera joined the list of celebs building schools, and two famous Brad Whitfords collided. Here are this week’s most inspirational pop culture moments.
“Lost” Goes out with a Message of Hope

This week the series “Lost” came to an end and viewers everywhere finally realized that the characters on the deserted island weren’t the ones who didn’t understand what had been going on all this time… we were.
Sure, the producer’s answered some questions but they left a whole lot open for water cooler debate. For example, where did that polar bear come from and when, in fact did all the castaways die. Was it at the point of impact? Or did each meet their own demise at different points along the journey? Was the island purgatory? Was it hell? Or was it the gate of heaven?
As confused as we might have been for the last six years, and on Sunday night about a lot of things, we walked away with this one inspiring concept. We love the idea that when we die (God-forbid), we will find ourselves in a parallel universe, and when we touch our missing loved ones, our joint experiences on Earth will come back to us in a flash of memory leading to ultimate peace. Sounds like a very pleasant afterlife to us.

America Ferrera Joins the Celeb School Group
It used to be that the closest most celebs got to higher education was teaching classes at the Learning Annex. Now it seems like anyone with a little clout is building a school.

First Oprah founded the Oprah Winfrey Leadership Academy School for Girls in South Africa. Despite a personnel issue, it has been a shining example of celeb funded education systems.
Then Will Smith and his wife, Jada-Pinkett Smith, helped fund the New Village Leadership Academy, a private elementary school in Calabasas, California. Despite controversy swirling around the institution’s rumored links to Scientology, Jada plans to open a companion high school in the future.
Heck, even comedian, Kathy Griffin helped build a library at the ridiculously underfunded Tele Secundaria Vicente Guerrero junior high school in Puerto Vallarta, Mexico. She did it under the guise of it being a bit on her show “My Life on the D-List” but the controversial stand-up proves time and time again to have the biggest heart in reality TV.
Now America Ferrera, fresh off the cancellation of her TV series, “Ugly Betty” has completed construction on a school of her own. She chose the exotic location of Diassadeni in Mali and turned to family, friends, and fans for funding. Ferrera fired up the biggest engine for getting any grassroots movement moving in the new millennium–Facebook. And, in lieu of birthday presents, she asked for donations to the three-classroom school.
Seems like life at “Mode” magazine didn’t turn Betty’s heart to stone after all.
See videos of Ferrera’s school on her Facebook page.
Bradley Whitford Makes Good on an Outstanding Debt
Maybe it’s just a cheap publicity stunt to promote his new show “The Good Guys” (co-starring Colin Hanks), but Bradley Whitford is trying to repay a very old debt.
It seems back in 1993 the pre-“West Wing” struggling actor received a $500 residual check for his appearance in “Wayne’s World II.” Only one problem. He wasn’t in the movie. Still, like we said, he was struggling. So he deposited the check and paid the rent.
In the meantime, it probably never occurred to Brad Whitford, the guitarist for Aerosmith who was in the film, that he didn’t get his royalties.
Fast forward 17 years and the actor was in Boston to promote his new show when a local reporter joked about his work in the Beantown rock band. Seems Bradley’s moral compass finally got the best of him and he confessed to his crime of royalty theft saying, “I got the check. I cashed it. If you know how to get in touch with him, I’d love to send him $500.”
After the story was published in the Boston Globe, the Aerosmith guitarist’s mom contacted the paper with her son’s PO Box, hoping they could forward it to Bradley. She wrote, “I’m sure my Brad would appreciate it.”
We’re sure Bradley feels better with a clear conscience.
To learn more about the Pop Culture Passionistas, visit their website 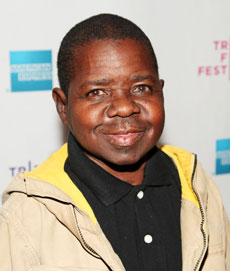