Enigmatic, Cinematic: The 50 Most Important Religion Films Ever

Am I alone in feeling a little empty after reading all the obligatory year-end and decade-end “best of” lists in the past couple of weeks? Accompanying the articles declaring the “Aughts” to be “a lost decade” and bidding the recession-fallout year of ’09 good riddance were top-ten lists that puffed the half-baked “Wall-E” or retreated to earnest lists of independent movies that, good as many were, depicted a culture with a 10-yearlong case of the blahs.
The antidote for me was a list titled “The 50 Most Important Religion Films of All Time” that the movie blog Film Snobbery posted in honor of Epiphany last week. It’s an interesting group of films I wish the bloggers had explained more fully–not because I disagree with their picks but because I wanted to know why these films, why now.

As it is, the site’s resident film snobs give “The Ten Commandments” top billing because Cecil B. DeMille’s 1956 epic is still “brilliantly over-the-top entertainment.” The vampy Egyptian chicks and a kooky orgy around the Golden Calf, however, is not what makes Charlton Heston’s turn as Moses significant. It was made at the last moment in American culture when a common knowledge of the Bible and a consensus about its virtues would grant blockbuster status to a straight-up Bible drama.
Less than a decade later, the defining movie of its time according to Film Snobbery was Pier Paolo Pasolini’s “The Gospel According to St. Matthew, ” an intimate portrait of Christ that reflected the concerns of its gay, Marxist director. By 1979, Monty Python’s “Life of Brian” played Jesus’ revolutionary milieu for laughs. The turns these films represent put them at #2 and #6 respectively.
At the turn of the century, religion was a full-blown cultural divider, with Kevin Smith’s comedy “Dogma” and Mel Gibson’s “The Passion of the Christ” representing post-Christian and traditionalist camps. One film was not as funny as it thought it was; the other funnier than it intended; both rank high on Film Snobbery’s must-see list.

Given our religious history since the millenium, it’s instructive to see how many of our most popular and worthy films explore Catholic and Jewish contexts and themes. From “The Jazz Singer” (1927) to “Fiddler on the Roof” (1971) to “Yentl (1983), Judaism fights to retain its character in the modern world. Meanwhile, the political, spiritual and social relevance of faith is played out in Roman terms in films like “Black Narcissus,” “The Nun’s Story,” and even the Hollywood golden-ager “The Song of Bernadette.”
Meanwhile, the evangelical Protestantism that has engaged us so mightily for the past decade appears on Film Snobbery’s list in the form of Billy Graham’s contribution to the 1964 World’s Fair, “Man in the Fifth Dimension” (#25) and 2002’s “Jonah: A VeggieTales Movie” (#46).
There’s plenty more to contemplate on the list, which does its best to sample Buddhist, Hindu, Christian, and even crypto-Mormon fare (“Plan 10 from Outer Space).” Only Muslims will be disappointed to find their faith treated in a lone film, “Submission,” an investigation of intolerance in the Dutch Muslim community that resulted in the murder of its director, Theo Van Gogh. Why? The list’s authors don’t say.
read next post 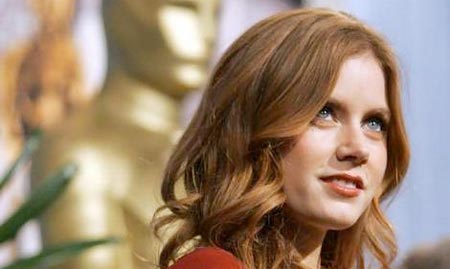