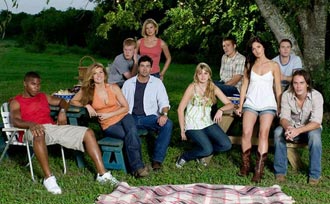 Because of NBC’s distribution agreement with DirecTV which allows DirecTV subscribers first crack at this season of one of the best show’s on television, “Friday Night LIghts”, I have had to get creative in trying to watch the show ( I am not a subscriber to the dish service and I can’t wait until next summer to watch the show on NBC.). And just when I think I can’t find one more reason to write about the brilliance of “Friday Night Lights,” the show proves me wrong by continuing to provide outstanding, life-affirming moments.

There is the way the show continues to portray the effects of the stress of Eric Taylor’s new coaching job at East Dillon on his marriage. Then there was the moment when longtime sports booster Buddy Garrity found his soul again and confronted the corruption of the other members of the club. But best of all for me , “FNL” featured some of the best dialogue between a parent and child about church that I have ever seen. Because the show has always been about more than football, the writers found a brilliant way to incorporate a subplot about daughter Julie Taylor’s lack of interest in going to church. Like everything else on “FNL”, the discussion of faith was authentic, not sappy, complex, not mind-numbing, and even had a little humor.

In what might be considered a throwaway scene, Tami Taylor and Julie Taylor are leaving church and Tami comment abut the way people are treating her at church lately now that Eric is coachng across town. Julie , in an attempt to show support comments that this is the way church is . It is filled with people who act “sweet and holy” but are really “b—-y and judgmental.” The wise Tami doesn’t miss a beat, explaining the world is filled with hypocrites so her daughter better have a better reason than that to not like church.

The conversation could have easily been left there, but Tami continues to pursue the topic of faith with both her daughter and her husband.Over breakfast Julie dismisses church as a tradition that she probably wouldn’t continue if she was on her own. When Tami expresses concern about this to Eric, he shrugs it off as typical teenage behavior and doesn’t believe his daughter “is going to hell yet.” The tenacious Tami continues to prompt dialogue with her daughter though asking if Julie would pray to God if a natural disaster hit Dillon.Yet in spite of her prompting, Julie is resolute in her agnostism – for now.
It’s an experience/struggle many parents can relate to: the desire to steer the child in the right direction while realizing your child is an individual who needs to discover his or her own answer to the big questions of life. “FNL” touched on this theme last season with the sex talk Tam had with Julie and now the show has given fans one more transcendent moment by fealressly yet subtlely taking on the question of faith.
It’s one more reason to praise the show while continuing to lose my faith in any major network to recognize really smart TV that mainstream America craves.
read next post 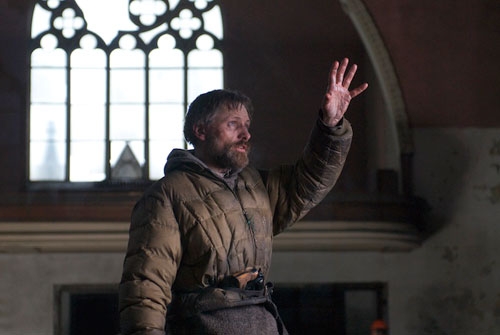