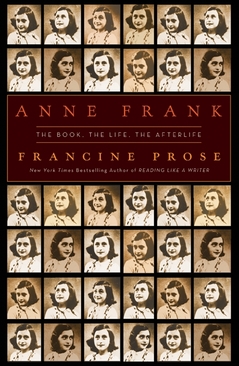 As a young Jewish girl with a pen and simultaneous dreams of becoming a Hollywood star and being a famous writer, I was drawn to Anne Frank and her diary at an early age. Obviously, and thankfully, there were major differences between how I led my life and how Anne was forced to live hers. But the relationship was there – while her circumstances forced her to grow up more quickly, she was still a teenager at the time of her hiding in the attic, and she had a teenager’s dreams and desires, for herself and for the world. When I grew up and had an opportunity to write about teenage experiences in the Holocaust, it seemed fitting that I landed once again in Anne’s world, writing about other hidden children, but ones who had survived.

I’m not the only one so drawn to Anne’s purity of expression, insightful analysis, and ultimately tragic story – Hollywood has made and remade the story, as has Broadway, with its multiple productions. This week, while one well-known writer publishes her book on Anne’s life, a famous playwright has his proposal for a new Anne movie rejected, by Disney.

Francine Prose (best surname for a writer ever) takes a critical approach to reading Anne’s work, in Anne Frank: The Book, the Life, the Afterlife, as the book’s publisher’s site notes, “a work of literary criticism unravels the complex, fascinating story of the diary and effectively makes the case for it being a work of art from a precociously gifted writer.” Furthermore, according to Prose, the diary is far from an unorganized slapping together of reflections from an immature teen. “During her last months in hiding,” the site notes, “Anne Frank furiously revised and edited her work, crafting a piece of literature that she had hoped would be read by the public after the war.” (You can listen to an audio podcast interview with Prose at Vox Tablet.)

Meanwhile, over in Hollywood, David Mamet had pitched Disney on a new imagining of the Anne Frank story: one that focused on “a contemporary Jewish girl who goes to Israel and learns about the traumas of suicide bombing.” While the word (in the Wrap, via the MTV blog) is that Disney chairman Dick Cook’s departure from the studio might have frozen the project, other voices say that the idea might be a bit too dark for a place like Disney.
Mamet’s idea sounds interesting, as it seems to cast the diary and its author in a role of inspiring context rather than a straight telling of the story, as we have seen it so many times. Perhaps he’ll be able to take the film to a studio that can take more of a risk – after all, when people think “Holocaust” or “suicide bombings,” they don’t really think of Disney.

Roman Polanski: Forgiveness or Accountability?
archives most recent
More from Beliefnet and our partners
previous posts