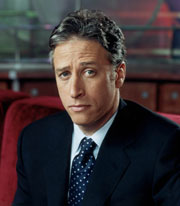 Everyone knows Jon Stewart is Jewish. Most of his writers are Jewish. Rarely does a show go by in which Stewart doesn’t refer to a Jewish holiday, use Yiddish, or use his “old Jewish man” voice. But his name? Jon Stewart was born Jonathan Stuart Leibowitz, and changed it– as have so many other Jewish entertainers before him.
But in a letter to the late-night show host and comedian, Slate writer Ron Rosenbaum (who clearly did not change his name) suggests that now’s the time for Stewart to change it back. Moreover, he opines, Stewart, who has built his persona on his “Jewiness,” should be the perfect person to launch the trend of changing Hollywood names back to their full Jewish glory. Why Stewart?

I think it has something to do with what I like most about your show, which is that you, like the best satirists, focus on making fun of those who put up a false front. Not that Stewart is false in any malign sense of the word. (It was your middle name–well, Stuart was!) But that it’s a kind of mask, and you spend most of your time making fun of the pretentious masks that politicians, celebrities, and big shots adopt.

You’re all three now–a politician, a celebrity, and a big shot–in the sense that you have remarkable influence politically. In fact, pols and political writers often establish their identities in their appearances on your show because you have a way of exposing their authentic selves however inauthentic the “authenticity” is. They either pass or fail the Jon Stewart authenticity test.

When I was a kid dreaming of acting stardom (yes, that was me), I wondered what my stage name would be. I mean, Esther Kustanowitz, in addition to providing a pronunciation and spelling challenge, was just so Jewish. How could I be a celebrity with that name? Ultimately, those dreams faded, perhaps because I couldn’t figure out who I was supposed to be if I couldn’t be myself. And all that was before I built my personal brand (mostly because in elementary school, I had no idea what a personal brand was).

Jon Stewart’s brand and career are well-established. And perhaps the name change enables him to separate private/personal life from career/professional life. (Are his kids named “Stewart” or “Leibowitz”?) A name change, whether it’s a shortening (the author admits his own name is “Ronald” and not “Ron”) or an alteration, permits you to be an active partner in creating your identity. Should Stewart change his name back, or live within the brand and identity–themselves not wholly unJewish–that he created for himself? 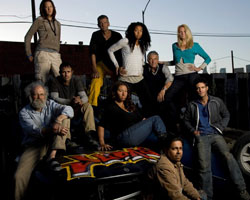