There’s an old phrase used to talk about the challenges of an interfaith relationship: “a bird may love a fish,” the expression goes, ” but where will they build a home?” Finding a place to live is not going to be a problem for the newly engaged Jared Kushner and Ivanka Trump, who are both–in case you haven’t heard–scions of wealthy real estate families. As to the animals in the metaphor, I’m not sure which is the bird and which is the fish, but religion isn’t going to be a hurdle for them either–while initially, Kushner’s family members were concerned about the relationship, Ivanka has allayed their fears by studying for Orthodox conversion to Judaism.
Ivanka announced her engagement over Twitter:

“I got engaged last night … truly the happiest day of my life!!!” Trump tweeted.
A rep for Kushner confirmed to Gawker that the Twitter post was real.

Trump and Kushner are both ambitious businesspeople–Kushner owns the New York Observer, and Trump has her own jewelry business in addition to her involvement in her father’s show, “The Apprentice”–and it’s apparently this ambition that helps their relationship thrive.

“Jared and I are very similar in that we’re very ambitious. That’s what makes it so amazing to be in a relationship with someone who is supportive of that,” Trump told New York Magazine. “I’m happy for him when he is in the office working late. I know how good that feels when you sit down and return e-mails.”

I could write more, but I have to go return emails…if only I could find someone else who enjoys returning emails like I enjoy returning emails…
Congratulations to the happy couple. 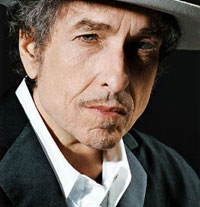 Bob Dylan: Too Christian for Jimmy Carter?
archives most recent
More from Beliefnet and our partners
previous posts