The End of Jewish Humor?! 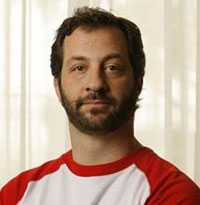 In an article called, “Twilight of the Tummlers,” also the cover story (featuring a photo of Larry David and Woody Allen together) in the latest edition of New York Magazine, Mark Harris predicts the “end of Jewish humor”–at least of a certain kind.

“Take a good look,” Harris advises about the pair of aging Tummlers, “you won’t see the likes of them again.”
Harris offers Judd Apatow (please no!!! I can’t stand him) as Woody Allen’s sort-of heir, but yet not really:
“At the movies, Allen’s most natural heir and the most successful representative of the new Jewish humor is Judd Apatow, who has pointedly put Jewish characters in many of his mainstream comedies (a genre that tends to omit potentially discomforting details like religion). To those of us raised on Allen’s films, Apatow’s schlumpy, relaxed good guys may hardly seem Jewish at all–they’re more defined by their status as slackers, stoners, horndogs, and underachievers. They might have grown up asking the Four Questions at the Seder table, but they wear their religious heritage with a casualness–neither obsessive nor dismissive–that is light-years from the scratchy suit in which Allen seemed trapped.”
Harris call the Apatow, Sarah Silverman (who I mostly like), and Adam Sandler, “Reform Jewish Humor”:
“The new comics haven’t assimilated; rather, they were born into a comedy culture that has Jewish humor so deep in its DNA that they’re naturally at home in it. They don’t stand outside anything–except, that is, the set of assumptions that ruled their parents’ generation (success means blending in) and their grandparents’ generation (there are some things you just don’t joke about).”

While Harris gives a nod to the future of Jewish comedians, what’s clear from this extensive feature article is that we will never see the likes of Woody Allen and Larry David again. Sad, sad, sad!
And continuing on the subject of Jewish comedians (including some of the younger folk), don’t miss Beliefnet’s Gallery of the Top Living Jewish comedians 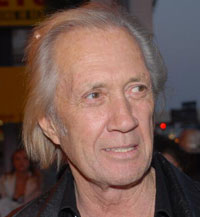