Need a Hasid for Your Film? Call Rabbi Elli – He’ll Hook You Up

If you’re setting a film or television program in New York City, and are casting background actors, you’re probably going to need a few good men…specifically, Hasidic Jews. These ultra-Orthodox Jews are part of the NY landscape, and–from television shows like “Law & Order” to movies like “Ghostbusters” and “Men In Black,” just to name a few– there are always a few who pop up for either comic or authenticity’s sake. But those who know Hasidic Jews know that the depictions aren’t always accurate in terms of dress or behavior. A beard’s not enough–and how a coat is buttoned, if a belt is tied a certain way or a hat is a certain style, it indicates a certain subsegment of Hasidic culture that central casting isn’t necessarily aware of.
But Rabbi Elli Meyer, an actor who has Chabad Hasidic ordination as a rabbi, is aware of the subtleties of casting authentic Hasidic background actors:

[H]e made sure the guys he brought with him showed up on time, brought their customary garb, and stayed as long as necessary, but in return, he began demanding help back from producers: kosher food on sets, early wraps on Friday evenings, days off for holidays. “I have two goals,” he said. “I want to make sure actors who are frum are able to work and are afforded the same rights on set. And second, accuracy–I want to make sure Hasidim are portrayed accurately, not as buffoons or fanatics

.”
In this article in the new online magazine called Tablet (it’s a reboot of Nextbook), Meyer speaks extensively about the challenges of acting and suggesting other actors to casting agents through a Hasidic lens.

If you’ve watched an episode of Law & Order lately–and, let’s face it, who hasn’t?–you’ve probably seen [Elli] Meyer, a portly, twinkly-eyed 53-year-old better known to his colleagues as Rabbi Elli, hovering in the background. He appears, often decked out in white shirtsleeves, black vest, and capacious skullcap, his gray beard loosened from its customary knot under his chin, in dozens of TV episodes and films, including a few fleeting frames in the remake of The Taking of Pelham 1 2 3, which opens today.

But Meyer’s most successful role to date has been as a backstage fixer who can be relied upon to find Hasidic actors–or actors who look credible in Hasidic costume–to work on sets around New York. “He’s very reliable,” said Billy Dowd, the casting director who handled background actors for Pelham. Through a Facebook group called Shomer Shabbos Actors of America and community e-mail lists, Meyer manages a pool of about 40 regular extras, and in special circumstances helps recruit people who would normally be impossible for secular casting directors to reach: children, women, the elderly, and, most controversially, a Satmar Hasid who appeared alongside Natalie Portman in the still-unreleased film New York, I Love You. (Satmar leaders excoriated him for agreeing to appear in the film, causing him to tell the New York Daily News that he disavowed his work.) [Beliefnet wrote about this controversy here.] 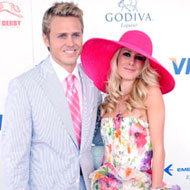 Speidi, a Baldwin, and Kate: This Week's Celebrity Christians on the D-List
archives most recent
More from Beliefnet and our partners
previous posts