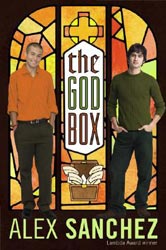 By the end of my first time reading through the YA novel “The God Box” by Alex Sanchez (a writer colleague of mine) I was sobbing. Not only is it a beautiful story of two boys who fall in love, but it takes place at a Christian prep school, where Christianity’s relationship (and rejection) of homosexuality is front and center, yet in a way that this argument’s legitimacy is confronted and mounts an impressive, biblical defense of homosexuality.

I taught it last semester in a course on Religion and Children’s Literature at Boston University, and my students were so moved and thought the book so important that it should be taught nationwide at schools.
Well, we were certainly not the only ones who adored Sanchez’s novel. Sacred Heart Preparatory School (it’s a high school) in San Francisco turned “The God Box” into a play called “Be Still and Know” that they performed on January 30th of this year to great success. The play was so successful, the students were invited to perform it again yesterday, March 8th, at Most Holy Redeemer parish (also in SF).
However, in the end, they didn’t. Or better said: weren’t allowed to.

The Archbishop of San Francisco George Niederauer and the requisite circle of vicious, right-wing Catholic bloggers stepped in and had the play canceled, under threat of closing the parish.
As a Catholic and a huge fan of Sanchez’s work, it makes me ill to think that this play was canceled within a parish forum, and with such vicious dialogue surrounding the reason why. The views of certain members of the Church hierarchy and a particular faction of the blogosphere (who evidently likes picking on schoolchildren) do not represent the entire Church–not by a long shot. It’s these kinds of acts–canceling a school play that is trying to grapple with the tough issue of faith and homosexuality–that shuts down the possibility of loving, open dialogue about real issues that Church members care deeply about today, most of whom want a robust opportunity for reflection on such issues within their Church.

To say that Catholics shouldn’t even be thinking about alternate, biblical interpretations of homosexuality simply smacks of fear. It makes me tired and sad, tired and sad, for the kids, for the parish, for Sanchez, and for the entire community to be dealing with such a situation, especially in such close wake to Proposition 8.
But there is one bit of happy news to share: the University of San Francisco, a Catholic university, stepped in and offered the kids a place to put up their play yesterday. Of course, now bloggers are claiming it’s not really a Catholic college. I think that tells you more about the bloggers than anyone else, as do their other posts attacking high school kids in a play. It’s too bad that these high school students had to have such a terrible, direct experience of the darker side of the Catholic faith and its hierarchy at such a young age. Luckily, the Catholic Church is a big tent that fits many of us in all our diversity. 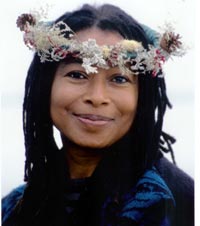