Praying for Chris Brown and Rihanna

As more information gets released about the alleged domestic violence situation between Chris Brown and Rihanna, we will be in the position to do one of two things, continue to gawk and be fascinated with it, sharing every detail we get from other news sources with friends and laughing about how the situation must of went down, or we can pray.

Now I can describe the former because that is what I’ve been doing since news broke on the red carpets at the Grammys. My sick and twisted side latched on to every bit of info that I was given via blogs and the news. I even went as far as being one of the aggregators of the herpes rumor and yes, I thought it was funny. I am saddened that my first impulse was not to drop to my knees and pray for Rihanna’s well being and for Chris’s redemption. Aside from being totally appalled with this situation, I’ve been wondering, “Why did he do it?” And unfortunately the answer could stem from the fact that Brown may have inherited a generational curse of abuse. According to an interview that appeared in the August 2007 issue of Giant magazine, Brown said that his mother was abused by his stepfather.
“He used to hit my mom. He made me terrified all the time, terrified like I had to pee on myself. I remember one night he made her nose bleed. I was crying and thinking, ‘I’m just gonna go crazy on him one day…’ I hate him to this day.

Now this is no excuse for Sunday’s events, but it could explain some things. I say all of this to call those that will to a higher standard. To not be a spectator searching for every bit of info you can get, but instead be an intercessor praying for him, his family and Rihanna. This is not going to be an easy process for him-for either of them. Wrigley’s has already suspended his ad campaign, his career could be on the line, and he could face up to nine years in prison which could send him on a downward spiral. So what this young man needs right now is a fan base and people who will put aside their own morbid curiosity for the details, and go to their closets to pray.
As hard as it will be–and I know it will be because it’s so much more sexier to participate in the wasteful conversation and speculation about this situation–tell your flesh to take a back seat while you handle the business of the spirit. 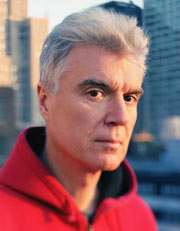