Disney: The Narnia Thing Gets Old

Before pulling out of “Voyage of the Dawn Treader” just before Christmas, Walt Disney Pictures seemed the perfect partner for Walden Media in producing the Chronicles of Narnia series of movies. Family-oriented, fantasy-ready and unembarrassed by Walden’s Christian values, Disney was both wholesome enough for the evangelical audience base for Narnia and credible enough for mainstream mallgoers.
When it was announced, Disney seemed to be motivated by pure economics. The second film in the series, “Prince Caspian,” had cleared only $219 million over its production budget, compared to the more than $500 million worth of black ink that flowed from the series opener, “The Lion, the Witch and the Wardrobe.” And Disney, be reminded, had to split even those profits.

But in the two weeks since the Disney-Walden split, there’s been some grumbling about an anti-Christian conspiracy. Christian sources have complained bubbled up about Disney’s failure to market the film to Christians properly. According to elements at the C.S. Lewis Society of California, Disney blew it by not mounting a “Passion of the Christ”-style campaign for the hearts and minds of Christians, complete with screenings for pastors and Bible-based study guides.
But church-based marketing campaigns have not worked as well as they’ve been hyped and Hollywood execs have largely lost faith in them. And further accusations about Disney’s watering down the Christian elements don’t hold up either. “Caspian” contained more overt theological discussion than “Lion, Witch and the Wardrobe.”
That’s not to say Disney is blameless. Even secular industry watchers have faulted Disney for its sword-flashing posters and eardrum crushing trailers that presented “Caspian” as an action flick, not a family-friendly adventure. Others wondered why Disney released “Caspian” last Spring, instead of holding it for Christmas ’08.

It’s worth considering whether Disney was looking for a way out even before “Caspian”‘s feeble box-office or the economic downturn. After the popular “Lion, Witch and the Wardrobe,” the magical innocence of Narnia gets increasingly dark and, not for nothing, increasingly less PC. But with credit short and the economy showing few signs of perking up, it’s more than likely that Disney concluded that the gaudily produced Narnia films were too rich for their blood. It’s easy to think that Disney got too old for Narnia, but in fact it looks like Narnia simply got a little old for Disney. 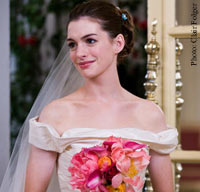