The Christmas Creche: Its Collectors and Makers

When I was a kid, each year when we strung up our Christmas lights and decorations throughout the house, I would set up a crèche (aka, a nativity scene). And each year I would get to add a little piece to it—one year a Wise Man, another a donkey or sheep. It was very exciting. When I ran out of “official” crèche additions, my mother let me pick out a tiny, pink-robed angel with grandiose wings, blowing a golden horn, presumably announcing the news: Christ is born! I think, by the time we stopped with the yearly crèche-building, I had collected about twenty little angels that I would fan out, some on each side of the manger, and the display took up the entire top of the TV cabinet (this was the early eighties–it was a BIG cabinet).
Somewhere, in storage, I have my childhood nativity scene boxed up and hidden away, so when I saw Michael Tortorello’s Times article about crèches–those who make them and those who collect–I got a little nostalgic and couldn’t resist taking a walk down memory lane. I thought I’d share some highlighted tidbits here, in case you, like me, have similar Christmas memories, or want to start one with your child this year.

First, the history:
“St. Francis of Assisi, who is credited with popularizing the crèche in the 13th century, might be surprised by what he has inspired. The earliest representation of the Nativity is probably an 8th- or 9th-century carving at St. Mary Major, a basilica in Rome, said the Rev. Johann Roten, director of the International Marian Research Institute at the University of Dayton in Ohio. But St. Francis had the brilliant idea of creating a living tableau with an ass and an ox in a working stable in the Italian town of Greccio. The Capuchin-Franciscan friars, Father Roten added, served as “publicity agents,” recreating the spectacle across the Continent. The public relations campaign worked. The 15th and 16th centuries saw a proliferation of crèches in the churches and palaces of Florence, Naples and Rome. Before long, Father Roten said, displaying the most elaborate Nativity became a “kind of competition” among European nobility.”
Now, the who:
“99.99 percent of crèches have the same basic characters”– Jesus, Mary, the angel, the shepherds, the Magi and the perennial odd-man-out, Joseph — the variations are what many collectors find most intriguing. Sometimes, for example, the wise men swap the frankincense and myrrh for more culturally relevant gifts. In one [collector’s] American Indian crèches from the Southwest, the kings bring turquoise, a pot and a rug.”

The where (to see someone else’s, very famous crèche):
“Mother Placid Dempsey and Mother Margaret Georgina Patton live with 35 other cloistered Benedictine nuns in a converted brass factory at the Abbey of Regina Laudis in Bethlehem, Conn. For nearly 50 years, Mother Placid has greeted and guided visitors at the 400-acre abbey’s guest quarters. “We don’t charge,” Mother Margaret Georgina said. “We never have. It says in our rules, ‘We are to feed the guests as Christ.’ ” (Donations are accepted.) The abbey is known not just for its hospitality, handicrafts and farm products, but also for its 16-foot-by-9-foot Neapolitan presepio, or Nativity. The crèche, which is displayed in an 18th-century barn, was recently restored by a conservation team affiliated with the Metropolitan Museum of Art. It shows 68 wood and ceramic characters in a bustling village scene and is thought to have been created in 1720 for the coronation of Victor Amadeus II as king of Sardinia.”
Some day, if space (and husband) permits, in the Brooklyn apartment where I live, maybe I’ll break out the childhood crèche from storage and take a walk down Christmas memory lane. I’m tempted to visit Mother Placid and Mother Margaret in the meantime, though. 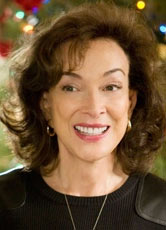