‘Religulous’: Are Faith, Religion, Extremism All the Same? 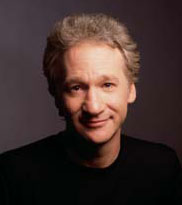 I’m not a Bill Maher fan, nor am I really one of his detractors. His demeanor has never appealed to me, but it has also not appalled me. He pushes envelopes, and I support that within my appreciation for free speech and comedy. But I’d seen enough of the trailers for “Religulous” to know that the movie was important for me, as someone who writes often about religion, to see for myself.
The film, as others have noted, is not about religion. It’s about religion gone wrong, or religion as excuse for violent (or materialistic) extremism. Maher shows the violence, and derides the religionists, out of a hatred for religion, without caring to see the more compassionate side of faith. He blames religion for the world’s troubles, which is part-right. But whether you believe in predestiny or free will, the religion itself doesn’t kill people…people kill people.

A friend of mine–a rabbinical student, as it happens–pointed out that the two most murderous regimes were actually not based in religion: communism and Nazism. (Beliefnet founder Steve Waldman makes a similar point by citing Rabbi David Wolpe in a post about the film… ) But what these systems share with violence that results from religious extremism is a clear demarcation of lines between “us” and “them,” with the “us” being the group that is elite, just, or morally superior, and the “them” being everyone else.
This may or may not have anything to do with religion, or even with religious faith. It has everything to do with egomania, elitism, and most disturbingly, the commitment to one’s superiority over another that might, indeed, be part of practicing a religion. If you don’t believe that your religion (or your belief system) is the best, then why believe it at all? Is it all ego, or is there a mission involved? And does a mission always have to demonize and persecute the other?
In the Huffington Post, LA-based rabbi Sharon Brous (from the newish synagogue/community known as IKAR-LA) shares her Yom Kippur sermon from this year, which jumps off from “Religulous” to speak about religion, and how the things that both hurt and thrill us, and why we do them, are often beyond rational explanation.
In her examination of faith as a concept and belief system, Rabbi Brous also speaks about Judaism as an “exodus” religion, not a “genesis” religion: that it’s not about perfection, but a quest for “ascent, redemption” and a “carving a path toward light”– she doesn’t see faith in extremism. She sees faith as a body of strength to pull from in hardship, and as something that encourages us to take responsibility for the things that happen to us and how we handle them.

Why have we allowed the most extreme, most narrow-minded interpreters, the most violent forces to define faith and religious life? Faith is not about hatred and exclusion — those are perversions of the deepest religious truths. The religious life is not about pretending to know with certainty; it is about living with deep humility. It is not about harnessing forces to restrict other people’s freedom, it is about showing up at someone’s home with dinner when you know she is suffering. The religious life is about saying to every mother of a sick kid: don’t give up. To every lonely person: I know your heart hurts, but love might still be possible. It is about praying, singing, crying, and working with all our hearts to bring holiness into our world. It is about seeing every person, in every generation, as a potential agent of transformation.

Can any religion serve as a solely positive force within the world, without fringe elements venturing into extremism? And is it extremist to be exclusive with your message? 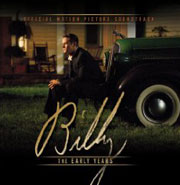 Early Billy Graham, the Album
archives most recent
More from Beliefnet and our partners
previous posts