Why Were Bristol and Jamie Lynn Treated So Differently? 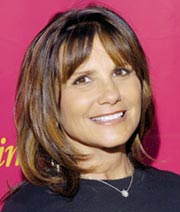 Celebrity, whether in the political or entertainment sphere, usually means relinquishing control over the message of who you are and what you’re about. Members of the media smell a story and run with it, sometimes despite the truth of the matter, and usually without regard to the feelings of the story’s subject.
So now, Grandmama Lynn Spears wants to know why her daughter was “crucified” in the press for getting knocked up and keeping the baby, when Bristol Palin, daughter of a vice-presidential nominee, was largely spared a skewering. In a recent interview with Newsweek (via TMZ), Brit’s and Jamie Lynn’s mom noted the difference in the public reaction to the teen pregnancies:

It’s a totally different reaction. It’s as if [Sarah Palin] became celebrated. I mean, the mother, Palin, was celebrated for this. Every woman in the world has applauded her strength and her convictions and poor little old Jamie Lynn–you saw how she was crucified. Everybody did, firsthand … I just feel like it’s been a very hypocritical situation.

So, what’s the difference between political and entertainment celebrity? Is there a greater respect for politicos than there is for pop stars (and their sisters)? Is there a lingering contempt from the old days, when acting was considered a profession akin to prostitution, in which only those with loose morals would participate? Does it make a difference that in the Spears pregnancy scenario, Jamie Lynn is the celebrity, and in Bristol Palin’s case, her celebrity is one step removed–it’s actually her mother who is the celeb?
What do you think?