‘Blue Like Jazz’ Author Will Pray for the Democrats Tonight

Though I utterly despise the political conventions of any party, I guess I am going to have to watch at least part of the Democratic National Convention tonight out of curiousity. It seems that Donald Miller, author of the spiritual bestseller “Blue Like Jazz” will give the benediction tonight. Though on Miller’s website he states that he doesn’t believe his prayer will make primetime, so he will be posting it in its entirety on his site, I think as the Democrats try to reach the younger evangelical audnece , Miller may make it on the tube after all.

‘The decision caused enough of a murmur on the evangelical world for Miller to give an interview to Christianity Today on the sublect Part of the hub-bub comes from the fact that Miller is replacing the DNC’s first choice for an evangelical draw – founder and editor of hipster Christian magazine Relevant, Cameron Strang . Strang, reported to be a registered Republican, backed out after personal reflection , citing that he didn’t want to appear that he was taking sides with a political party.
Of course, the other part of the interest in Miller’s appearance comes from , you know, the widely-held notion that most evangelicals are Republicans. And indeed, in Christianity Today, Miller admits to once being a Republican, and even attending a a Republican convention as a kid, but makes it clear he is now a registered Democrat. In fact, though he says his prayer tonight will focus on unity, Miller has some fairly harsh words regarding the Republican party, saying that he left the party because he felt like Republicans were basically taking evangelical political support for granted.
While I have huge respect for many of Miller’s ideals, particularly when it comes to social justice, I can’t help but think Miller’s idealism is preventing him from seeing himself as just as much of a pawn iin this case of the DNC ,who has taken this sudden itnerest in courting the most influential Christian thritysomethings and want’s the whole country to see it 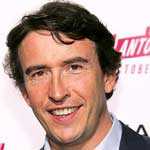 'Hamlet 2': To Laugh or Not to Laugh?
archives most recent
More from Beliefnet and our partners
previous posts