Generic Faith Will Prevail in Entertainment

The Pew Forum released its second part of its landmark “United States Religious Landscape Survey,” and it explains quite a bit about why certain movies, TV shows, music and other media are well received while others are generally not. In short, it may be good news for faith blogs but bad news for pop culture.

This survey of 35,000 adults confirms what most of us have probably sensed for a long time–that cultural offerings that really attempt to make a spiritual statement will have a hard time making a buck, and therefore will have a hard time getting out to market at all. Consider just one conclusion from this survey:

“While more than nine-in-ten Americans (92 percent) believe in the existence of God or a universal spirit, there are considerable differences in the nature of this belief,” said a Pew Forum press release about the survey. “Six-in-ten adults believe that God is a person with whom people can have a relationship; but one-in-four–including about half of Jews and Hindus–see God as an impersonal force. Similarly, seven-in-ten Americans say that they are absolutely certain of God’s existence, while roughly one-in-five (22 percent) are less certain in their belief.”

In other words: We believe God exists, and we like having that kind of unity. But don’t mess with trying to get us to agree on anything deeper than that because we won’t like how we will feel, and you won’t make much money off of us! (Read: Therefore, your show  and your song won’t get made.)

“This report illustrates, chapter and verse, the amazing diversity and dynamism both between and within religious traditions in America,” noted John Green, senior fellow at the Pew Forum. “And this diversity of affiliation, belief and practice matters when it comes to social and political questions.”

Yes, America is diverse. But I posit that the shows and movies that really try and say something, that tap into this diversity, will not make a profit (and thus will not get made by the networks). The most general of shows–the ones that seem to carry a general belief in God, good over evil, heroes over villains, underdogs becoming overachievers, etc.–will tend to succeed because they don’t buck up against our “diversity and dynamism.” One example of this has shown itself in two of the strongest franchises of the last generation compared to this generation.

The most recent Star Wars prequels did very well at the box office, even though their scripts were largely underwhelming until the last one. But the latest Indiana Jones release hasn’t been nearly as well received as its predecessors. Why? Perhaps because Star Wars stayed true to its generic good-versus-evil script while Indy got specific: Extra-terrestrial life does exist; it came here to visit us, hence an older Henry Jones, Jr. had a close encounter of his own kind.

On a smaller (but current) scale, the remake of “Get Smart” doesn’t say much and is doing pretty well, while the latest attempt to reflect on the “Hulk” lost 70 percent the second weekend.

As long as producers believe that the Mediocre Middle is where the money is, we’ll have shows that don’t say much, songs that say nothing, and an uninteresting culture that depends on the life slip-ups of its pop stars for any kind of news, creativity, or interest. Oh that there’d be a time when we’d be ready to go deeper–even if we disagree.

Who will be the new bands, the new directors, the new writers and the new artists who will settle for nothing less and therefore create their own genres for others to follow? Where are tomorrow’s Spike Lee’s, R.E.M.’s and C.S. Lewis’s? According to this interpretation of the Pew Forum’s report, it may be awhile before we find out. 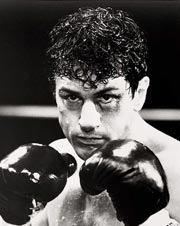