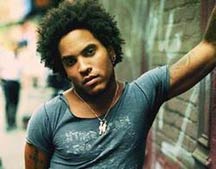 As rocker Lenny Kravitz is about to begin an international tour to promote his first studio album (“It’s Time for a Love Revolution”) in four years, he has also been promoting something very un-rock ‘n roll like–celibacy. But the man who became famous for his flings with hot actresses and songs like “Justify My Love” believes celibacy is, well, a revolutionary act to strengthen his spiritual journey.

In what I found to be a surprisingly thoughtful interview on “CBS News Sunday Morning,” Kravitz talked about his Jewish as well as Christian roots–though he identifies himself as a Christian–and spent most of his time with CBS correspondent Michelle Miller discussing the vow he made to God three years ago to stay celibate.
Despite all of his success, it seems Kravitz still yearns for a permanent love in his life, and he sees this act of celibacy as a way to “help me find the right person.” He said he would not “waiver” in this decision because he believes God will honor the choice he has made.
It’s an idea the likes of Kid Rock and Bret “Rock of Love” Michaels might want to try on for size. But then again there probably isn’t much interest in selling a reality show with lack of sex as a premise.