As ‘The Golden Compass’ is released this week, Idol Chatter blogger Donna Freitas and series author Philip Pullman aren’t the only ones defending the movie against atheism accusations from The Catholic League.
Now two of the movie’s biggest stars–Nicole Kidman and Daniel Craig–have joined the fray, addressing the religious controversy in brief interviews with Parade magazine. 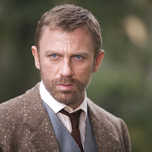 Daniel Craig, who plays the powerful scholar/explorer Lord Asriel, says, “Anyone will see that the morals of the movie and the morals of the book are really upstanding. They’re about fighting against oppression, about free will, about growing up, about keeping promises. I think those are all good things.’ 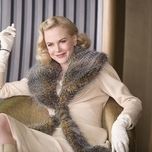 “Then he adds with a shrug, ‘Maybe there’s too much controversy being whipped up, but there’s nothing to worry about. This is not going to bring down the Catholic Church. Other things may, but The Golden Compass won’t.'”
As for Nicole Kidman, who plays the manipulative and cruel Mrs. Coulter, “I was raised in the Catholic Church,” she says. “I wouldn’t have been able to do the film if I thought it was anti-Catholic or delivering some message against religion.”
Whether or not the movie will live up to the controversy, the wanted and unwanted publicity will certainly give it a boost in sales opening weekend. 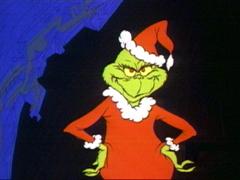 You're An Old One, Mr. Grinch
archives most recent
More from Beliefnet and our partners
previous posts