If Barbara Walters wanted to get publicity when she hired two new cohosts this month, she sure got her wish. New hosts Whoopi Goldberg and Sherri Shepherd have so far fit into the chatfest seamlessly. Goldberg, whose views are more left wing, aligns with longtime host Joy Behar, while Shepherd, a devout Christian, skews more conservative like host Elisabeth Hasselbeck. Yesterday, during a discussion on evolution, Shepherd and Hasselbeck both discussed Bible verses that made them doubt evolution. Goldberg, who is the show’s moderator, pressed Shepherd on her beliefs, asking if Shepherd “believed the earth was flat.”Shepherd refused to answer. She shrugged off the question, claiming that she’s more concerned with day-to-day issues than with caring whether the earth is round or flat. However, Goldberg, and show creator Barbara Walters, wouldn’t accept Shepherd’s non-response. When asked what she would do if her son came to her and asked if the world was flat, she replied, “I’d take him to the library.”Despite Shepherd’s noncommittal answer, various press outlets have already run stories proclaiming that she genuinely believes the earth is flat. Many bloggers and columnists felt that Shepherd’s religious beliefs and stances on other topics like abortion and evolution meant she simply had to believe in a flat earth, although I personally failed to see the connection. Saying “I don’t know” isn’t the same thing as saying “Yes.”As a regular “View” watcher, I’m never at a loss to find outlandish comments to write about. One of the five women on the show will invariably say something shocking or surprising, so why fabricate one? Especially when “The View’s” website has the morning’s clips in case you missed anything.Watch the exchange here: 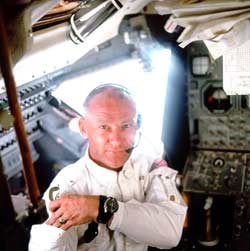