Flipping channels amid the vast wastes of Labor Day weekend, I happened on Jerry Lewis’s telethon: The bad lighting, the second-rate stars screeching out a cheesy Andrew Lloyd Webber tune, and there, on a stool waiting for it all to be over, was America’s most influential celebrity. He’s 81 now, and his telethon now draws our attention mostly when, as it did this year, something awkwardly offensive happens.
But if you ask Americans who is the best at driving support for a cause, more of us name Jerry Lewis. He beats out Oprah, Katie Couric, and even Angelina Jolie.

Reading between the lines of a survey released by the Nationwide insurance company, Jerry rates so highly partly because his cause involves children: Kids’ causes placed first in the survey’s ranking of which causes Americans cared about most; Oprah, who focuses her help on children in Africa, was a strong no. two. It also doesn’t hurt if you’re seen as a upstanding citizen: Despite raising awareness about the plight of children and almost constant coverage in the media, Angelina was bested by Michael J. Fox, Jimmy Carter and Bill Gates. None of these guys have her figure, but then none of them make Jennifer Aniston sad, either. U2’s Bono, Lance Armstrong, Couric, and Rosie O’Donnell rounded out the top ten. 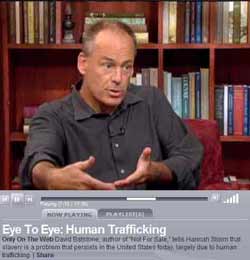