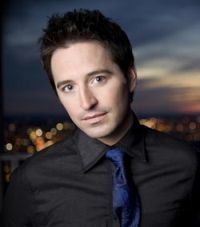 New Christian pop artist Daniel Kirkley is causing a buzz in the Christian music industry with his latest album, “Let Love Win.” Christianity Today and others have compared the former pre-med college student’s sound to popular singer Josh Groban.
In describing his first single off the album, “My New Dawn,” Kirkley says, “The song talks about wondering around in the darkness and just kind of being trapped, but coming to a beautiful moment and realizing that from here on, it’s a new beginning and a new start. It’s all about leaving everything that hinders you and everything that has weighed you down behind. Then realizing that there will be a new day every morning and it will be beautiful and bright. Just move forward.”

Beliefnet has 10 autographed copies of “Let Love Win” to give away.
Want one?
Post a comment below by October 12, 2007, telling us about your own new beginning. Have you ever left a bad situation to start fresh? What happened? Make sure to include your email address in the designated area (don’t worry, it won’t be made public). The 10 most original responses–based on the judgment of Idol Chatter’s editors–win. Have fun with it, be creative (but honest!), and a CD could be yours. We’ll notify the winner by email.
For the legalities, click here. 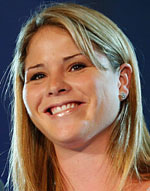