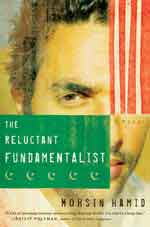 “The form the novel, with the narrator and his audience both acting as characters, allowed me to mirror the mutual suspicion with which America and Pakistan (or the Muslim world) look at one another,” said author Mohsin Hamid.
Hamid’s recent novel, “The Reluctant Fundamentalist,” is written as a monologue, a very challenging style since the author has to guarantee credibility while safeguarding against tedium. It is stimulating, unsettling prose, and the novel’s surprise ending is thought-provoking and evocative.

The author’s second novel draws upon his experiences in America: It’s the story of Changez, who is living an immigrant’s dream in pre 9/11 America. He is at the top of his class in Princeton and is snapped up by the elite evaluation firm of Underwood Samson. What drives him are the energy of New York City and the budding romance with a rich classmate, the elegant and beautiful Erica. With Erica, Changez has the promise of entry into Manhattan society at the same exalted level once occupied by his own family back in Lahore, Pakistan.
But in the wake of the tragedies of 9/11, Changez’s world is turned upside down. His position in his adopted city is abruptly reversed. His relationship with Erica is eclipsed by the reawakened ghosts of her past. Changez starts questioning his own identity. Ethnic profiling and external influences unearth allegiances more fundamental than money, power, and maybe even love.

A few years later, Changez eloquently relates his American experiences to an American man he meets at a café in Lahore. This American man’s visit to Pakistan could very well do with recent anti-American activities. Is this a conversation between a terrorist and a spy? By now Changez has evolved from a successful, slick and well-settled professional in New York to a bearded, traditionally-dressed, vaguely menacing stranger in Lahore. He accompanies the unnamed American man to the latter’s hotel, building the climax with skilled suspense and trepidation.
Hamid writes, “The Pakistani narrator wonders: Is this just a normal guy or is he a killer out to get me? The American man who is his audience wonders the same. And this allows the novel to inhabit an interior emotional world much like the exterior political world in which it is being read. The form of the novel is an invitation, which if the reader accepts, will in turn implicate the reader–because the reader will be called upon to judge the novel’s outcome and shape it’s ending.”
—Visi Tilak 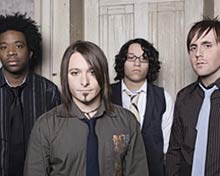