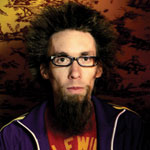 No, the guy to the right isn’t on the FBI’s Most Wanted list–though I’m sure with his wide eyes and poofy beard and hair, he’s been told more than once that he looks like a crazed madman. For those who need an introduction, he’s none other than David Crowder of the hugely successful Christian rock act, the David Crowder Band, who recently made Beliefnet’s list of Top Christian Stars and was the winner of MSN’s Artist of 2006, beating out mainstream artists like Prince and Christina Aguliera.

CCM Magazine, which up until recently stood for “Christian Contemporary Music” and is now, “Christ. Community. Music”–in order to cater to young, hip Christians like Crowder fans–has indeed embraced community with its increased focus on social networking. One of its awesome new features is a David Crowder Look-a-Like Contest where you can upload photos of yourself (you don’t have to really look like Crowder–you can don some fake hair and glasses) and vote once a day on the winner. My vote’s on this guy.
So this leads me to ask, has anyone ever told you that you look like a famous person?
read next post 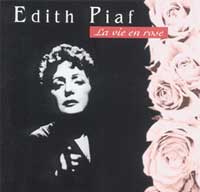 Edith Piaf: The Song of the Sparrow
archives most recent
More from Beliefnet and our partners
previous posts